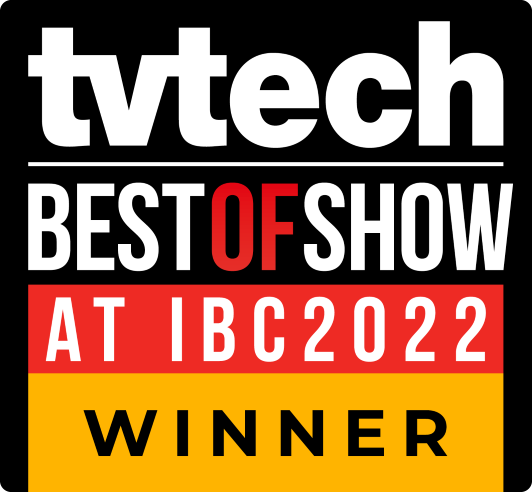 Zero Density, a world leader in real-time graphics technology, has received an IBC Best of Show Award in the category of “TV Tech” for its AI-powered tracking system, TRAXIS talentS. Built for virtual studios, live events and augmented reality productions, TRAXIS talentS is the industry’s first stereoscopic talent tracking system that makes wearables and markers obsolete. Whether it’s for a broadcast football match or Hollywood’s latest virtual production, on-set talent can always move freely, without anything getting in the way of creativity.

“We couldn’t have asked for a better way to cap off our first in-person IBC in three years than winning this Best of Show award,” says Ulaş Kaçmaz, VP of Sales and Marketing at Zero Density. “These awards are known throughout the industry for celebrating innovation and craft, and we’re thrilled that our R&D team’s hard work has been honored in this way. Zero Density will use this as inspiration to continue to push the boundaries of what is possible in real-time virtual studio and augmented reality productions.”

The award, which was selected by a panel of industry experts, marks talentS’s third accolade after being shortlisted as an outstanding innovation at the IABM BaM Awards and winning a Product of the Year Award at this year’s NAB.

Zero Density is a world leader in real-time virtual studio technologies for the broadcast, live events and e-sports industries. From Eurovision to Olympics sports coverage, Zero Density’s Unreal Engine-native platform, Reality – a real-time virtual studio and AR/XR platform and its proprietary keying technology, Reality Keyer – has been used by some of the biggest companies in the world. Zero Density is headquartered in Turkey, and also has an office in the US. Clients include: The Weather Channel, RTL, Fox Sports and Warner Media.