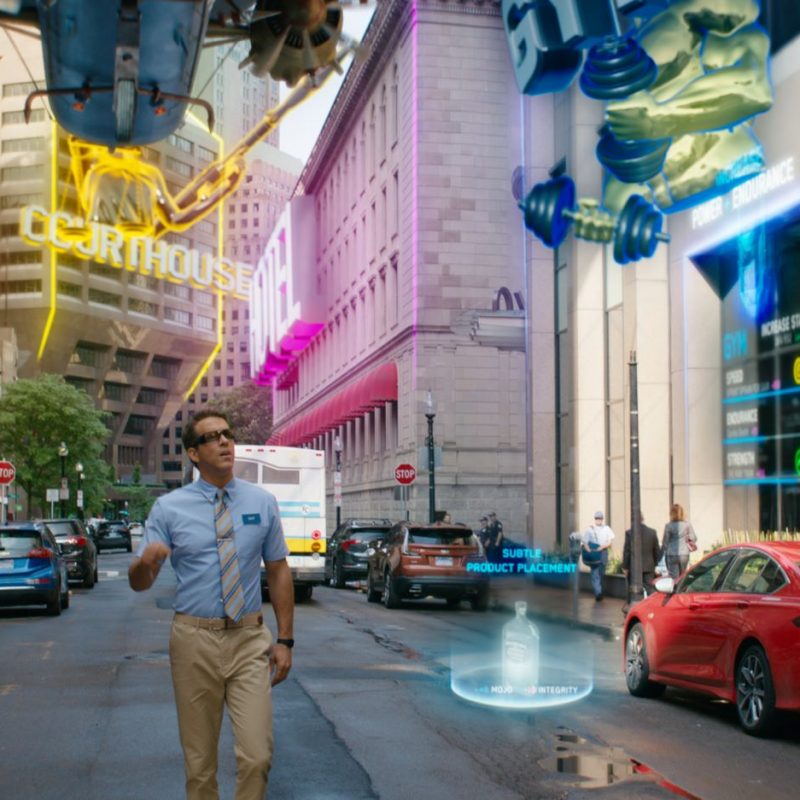 The Road to the Oscars: Digital Domain Recounts a Groundbreaking Year for the Legendary VFX Studio

As the 2021 award season comes to a close with this weekend’s Academy Awards, storied visual effects studio Digital Domain today looks back on a groundbreaking year that included work on blockbuster films and episodics, several major accolades, sustained growth across several offices and innovations that touched multiple industries. And with a slate of major projects on the way for film, episodics, ads, games, digital humans and more, 2022 is poised to be even bigger.

“Digital Domain has a long and impressive history going back nearly three decades, but over the last few years we’ve evolved and reached a new level, and 2021 was our biggest yet,” said John Fragomeni, global president of Digital Domain. “It’s all part of an upward, positive outlook that we are experiencing, and we fully expect that to continue in 2022 and beyond.”

For the work that appeared in both feature films and episodic content during the last calendar year, Digital Domain recorded its largest number of award wins and nominations for the company in over 20 years.

This weekend, the best and most accomplished films of the year will be honored at the 94th annual Academy Awards. Digital Domain will be there in strength, having received nominations for three of its VFX supervisors in the prestigious “Best Visual Effects” category, for its work on both Marvel Studios and Sony Pictures’ Spider-Man: No Way Home and 20th Century Fox’s Free Guy. The studio contributed significant VFX to a third film vying for the award as well, Marvel Studios’ Shang-Chi and the Legend of the Ten Rings.

Along with its two nominations, Digital Domain also earned multiple spots in the Academy Award VFX Bake-Off, an event where the ten best VFX films of the year are given the opportunity to present a behind-the-scenes look at the work done on each film, tailored for the assembled group of VFX professionals. The top five chosen films then become finalists for the Academy Award and receive official nominations. During this year’s Bake-Off, Digital Domain worked on four of the 10 films.

Digital Domain also received a BAFTA “Special Visual Effects” nod for its work on 20th Century Fox’s Free Guy. That high-profile nomination joins an earlier Emmy acknowledgement in the category of “Outstanding Special Visual Effects in a Season or a Movie” for Digital Domain’s comlex work on Marvel Studios’ WandaVision, which included helping to create the character White Vision, and featured a superhero battle like no other, as the two versions of Vision fought.

Along with its numerous nominations, Digital Domain took home multiple top honors for its 2021 work, including a Visual Effects Society (VES) Award for Marvel Studios’ episodic series Loki (Digital Domain also received a second VES nomination for Loki, and another for its work on Marvel Studios Black Widow as well). The studio also received a Hollywood Professional Association (HPA) “Outstanding Visual Effects” award for Black Widow, which included the destruction of the flying Red Room fortress, leading to a memorable escape through a field containing thousands of pieces of debris, all created by Digital Domain’s artists.

Beyond its lauded film and episodic projects, Digital Domain received several accolades for its technical work, including a prestigious Lumiere Award for its Digital Human Group, for the facial capture system Masquerade 2.0. Digital Domain’s Advertising & Games group also received three Telly awards, including one Gold for its work on the Ghost of Tsushima “A Storm is Coming” cinematic, and two Silvers, one for the Perfect Dark “Official Announce Trailer” and the other for the NFL Super Bowl LV commercial, “As One.” The NFL piece also earned Digital Domain a silver Clio award.

Although Digital Domain’s history is deeply connected to traditional visual effects, it has quickly become the world’s leading expert on the creation and development of digital, virtual and autonomous humans. Spearheaded by its pioneering Digital Human Group, the studio has come a long way since 2008’s The Curious Case of Benjamin Button and the highly publicized creation of the 2012 Tupac hologram for Coachella. 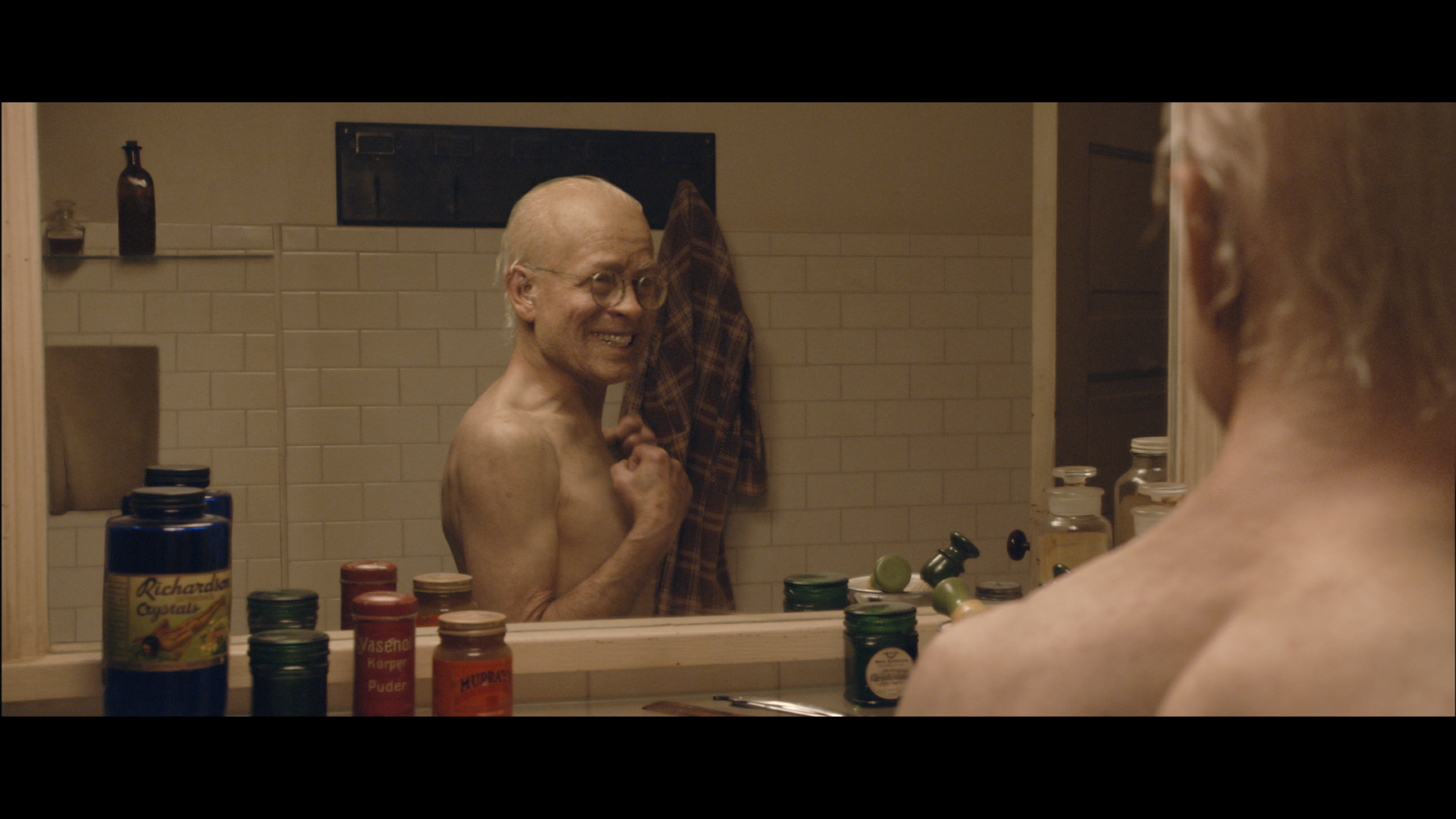 In February 2021, Digital Domain’s DHG and New Media groups partnered with the NFL and famed advertising company 72andSunny to create a 3D model, virtual human and hologram version of the legendary — and deceased — coach Vince Lombardi. Created with the blessing of his estate, Digital Domain used existing reference material, including black & white SD footage, to create a digital facsimile of the coach. A performer with roughly the same build and mannerisms was then brought in to record the movements, and Digital Domain’s proprietary tools swapped the performer’s face for the photorealistic, CG face of Lombardi. The coach then gave the assembled fans present for Super Bowl LV, along with the millions of fans watching around the world, an original message of hope and unity.

The work on Lombardi was created thanks to recent advancements in facial capture and face swapping pioneered by Digital Domain. Aspects of the same technology also helped to create a digital duplicate of Dr. Martin Luther King reciting his iconic “I Have a Dream” speech, add decades to David Beckham for an international ad campaign designed to appeal to the world to make “Malaria No More” and helped earn Digital Domain an Oscar nomination in 2019 for Ready Player One.

For both its VFX and digital humans work, Digital Domain has also created several industry-leading tools, like the award-winning Masquerade 2.0, an evolution of the tech that made Thanos possible in the Avengers films. Masquerade offers the most emotive and photorealistic CG faces on the market. 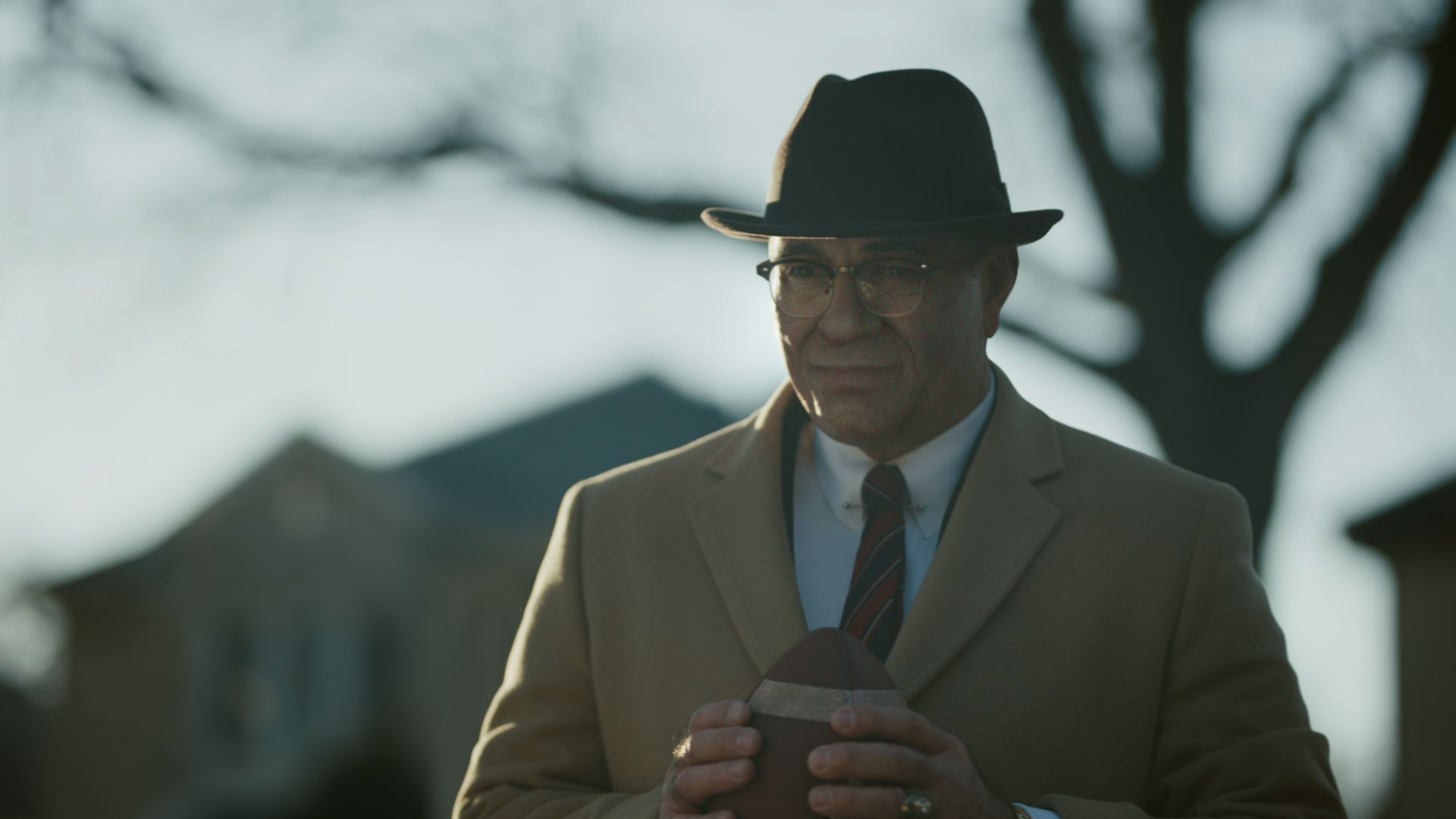 Joining it is Charlatan, a neural network-powered facial capture tool that is poised to become the industry standard for face swapping and aging/de-aging performers. Charlatan gives filmmakers and character creators in any field the flexibility to take the performance of a real person and analyze the facial mannerisms and nuance in their performance, then create an original, photoreal CG version of that person. That CG face can then be transposed and augmented onto the face of an existing live-action performance, or a CG avatar. “Momentum” is a new software tool created using the proprietary Charlatan tech. The Momentum Live system takes it one step further and allows for face swapping in real time.

Digital Domain is also working on several methods of streamlining the virtual production pipeline, including utilizing remote tools to give filmmakers located around the world the ability to safely continue their work, regardless of location or health restrictions.

In 2019, Digital Domain expanded its North American footprint to include a new art studio in Montreal with plans to expand further. Despite operating under all pandemic restrictions, the office has expanded to employ more than 150 artists and staff. Digital Domain’s Vancouver location has also expanded exponentially to more than 500 employees and continues to grow. 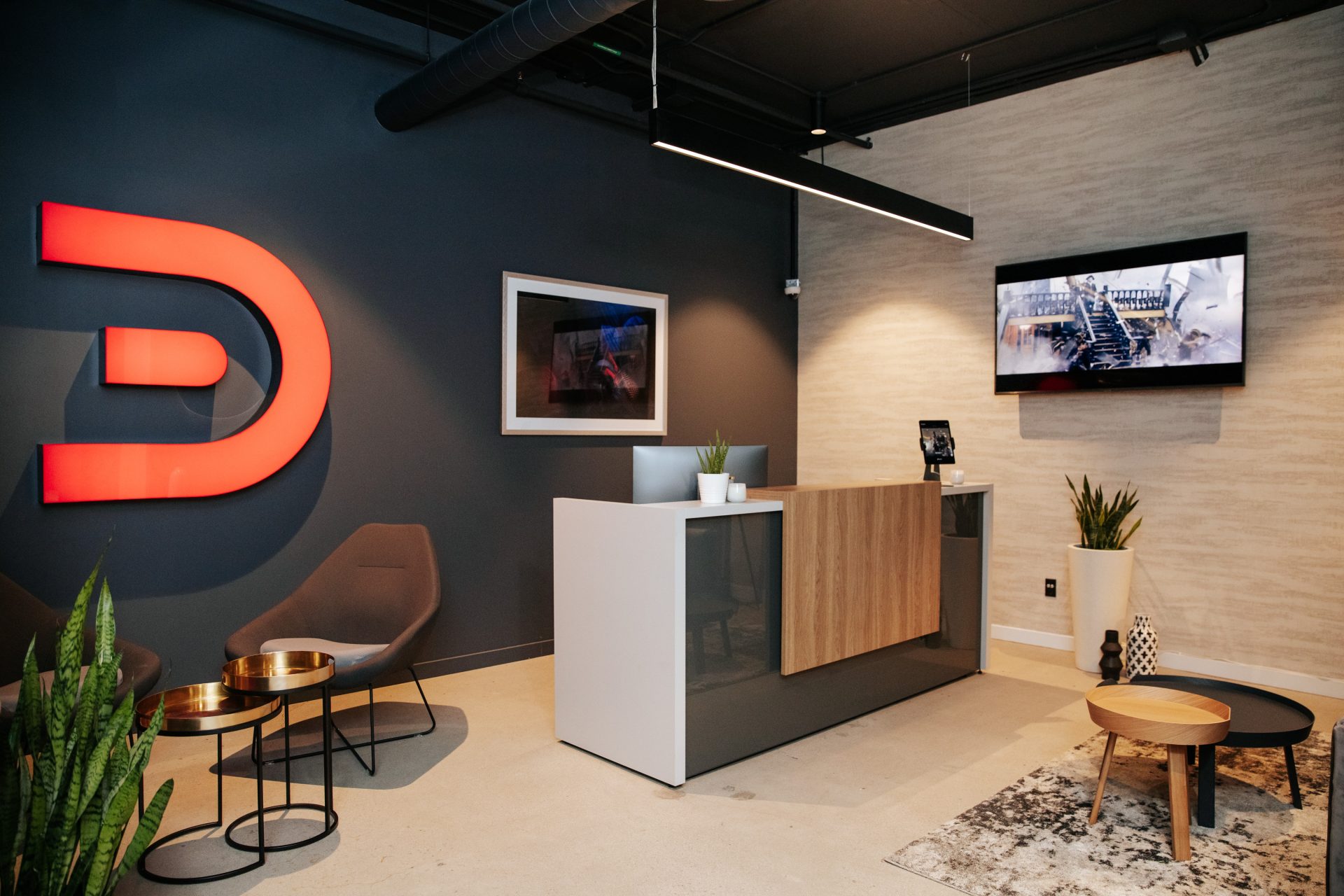 Looking Toward the Future

Following a hugely successful 2021, Digital Domain has projects slated for years to come, including the long-awaited release of Sony Pictures blockbuster Morbius, followed soon after by Warner Bros. Fantastic Beasts: The Secrets of Dumbledore. Its work will next appear in Marvel Studios’ Doctor Strange in the Multiverse of Madness, as well as the Marvel series Ms. Marvel and She-Hulk. The VFX studio also contributed VFX for the upcoming fourth season of Stranger Things, Warner Bros. Black Adam and several other soon-to-be-announced projects.

Although with its feature films and episodic work, Digital Domain also has several major projects in the works for 2022 that go beyond traditional live-action work. It helped provide, and even redefine what facial capture can do in games for the recently announced Supermassive Games title, The Quarry, and its Advertising group will see the release of several ad campaigns throughout the year.

Additional announcements for projects set to debut in 2022 and 2023 — including massive international blockbusters, major episodic projects, advancements to digital humans and more — are expected soon.