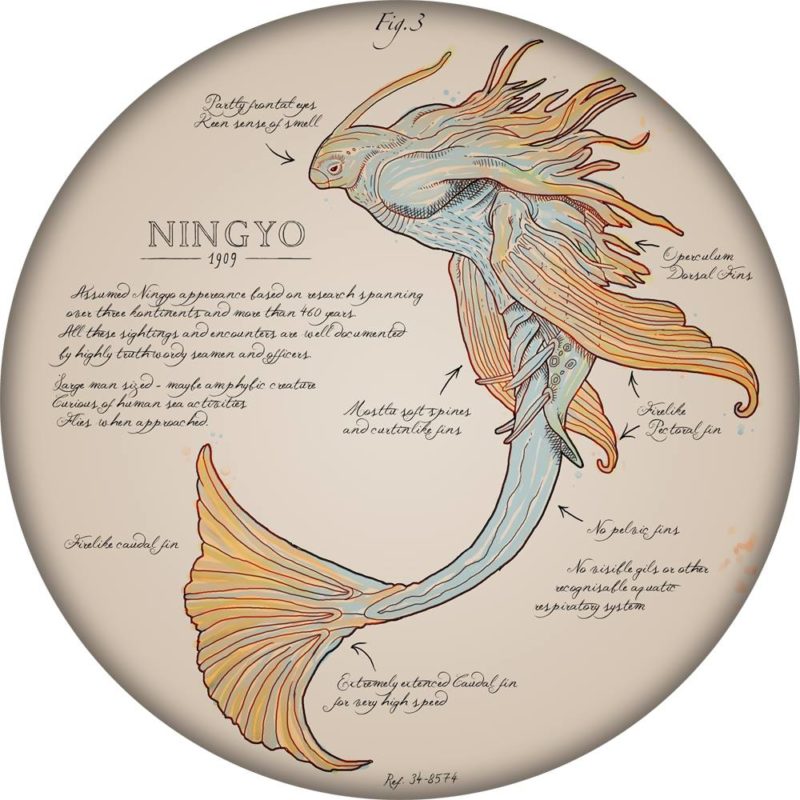 The Making of ‘The Ningyo,’ How Two VFX Artists Created an Award-Winning Sci-Fi/Fantasy Film in Their Living Room

Indie filmmakers are frequently forced to use anything and everything they can get their hands on in order to realize their vision, but artist couple Miguel Ortega and Tran Ma have taken that concept further than most. Relying on VFX skills the duo earned through years of working on big budget Hollywood films, the pair turned their home into a movie set. Three years later, the result is The Ningyo, an award-winning short film that has attracted the attention of some of Hollywood’s biggest players.

Set in 1911, The Ningyo follows a professor who specializes in “cryptozoology,” the search for mythological creatures. The title stems from a Japanese myth about a fish-like creature known as the ningyo that can curse a person with immortality. When a map leading to one is discovered, it sets off a globe-spanning hunt that takes our protagonist from his university office to a secret cryptozoo and the bottom of the sea.

The 27-minute film may take audiences on an incredible voyage, but behind-the-scenes the production was surprisingly humble. Where practical photography was possible, they used it. Everything else was created in 3D using industry-standard software like Maya, Nuke and V-Ray. 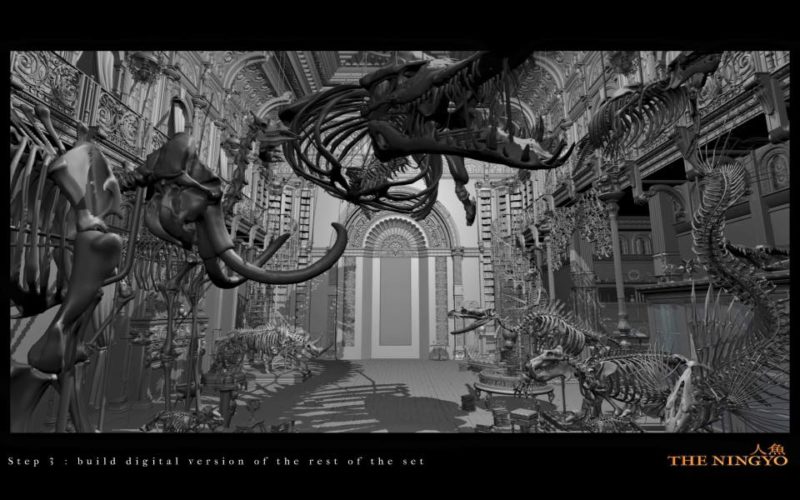 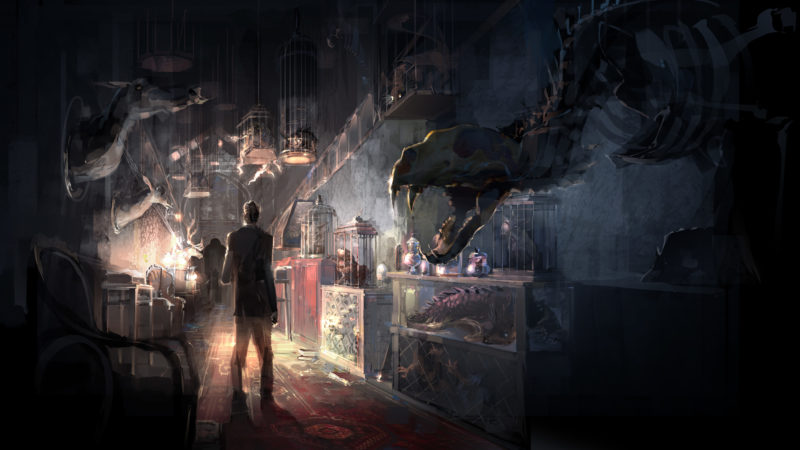 The Ningyo began in 2013 as a Kickstarter campaign seeking $50,000, and thanks to the donations of 1,025 contributors, the project went on to far surpass its goal and receive over $80,000. One of the largest contributors was Chaos Group, which supported the project as part of its “Partners in Art” program, an initiative designed to help independent filmmakers by providing financial backing, software licenses and custom tools.

“When Miguel showed me what they were working on, I knew we had to help,” said Lon Grohs, Chief Commercial Officer at Chaos Group. “Talent and technology are breaking down barriers, allowing artists to create blockbuster-quality productions at home. Miguel and Tran’s work is living proof.”

To create The Ningyo, Ortega and Ma turned their living room into the primary sound stage, while their bedroom doubled as a Victorian-style college professor’s office. Even the stairway played a role, transforming into a cavern’s sloping entrance. Each set consisted of physical objects paired with black screens rather than green, in order to help establish the Lovecraftian tone while honoring the look and feel of films like The Godfather, which is famous for using darkness to help create atmosphere. Once the sets were ready, the 3D part of the environments were lit in the Academy Award-winning rendering software V-Ray, using up to 80 CG stand-ins for the characters.

“We started by getting the environments to look good in CG first, so the lighting was already perfect when the actor hit the set,” recalled Ortega. “If you think about it, it’s kind of crazy to light a guy in front of a green screen first, and then make all of the environment work for a person that’s only taking up 10-percent of the screen. So we did it in reverse using V-Ray, resulting in a seamless blend of practical and digital.”

Once each scene was filmed, Ortega and Ma would break down the set and begin creating the next. The process could take months, as each new scene needed to first be populated with real-world objects that fit with the film’s turn-of-the-century look and feel. Some were created by altering modern objects, while others were vintage items purchased online. Once filming was complete, Ortega and Ma began digitally enhancing the scenes, which included the creation of several studio-quality creatures that were meticulously sculpted in 3D before being photorealistically rendered with V-Ray. 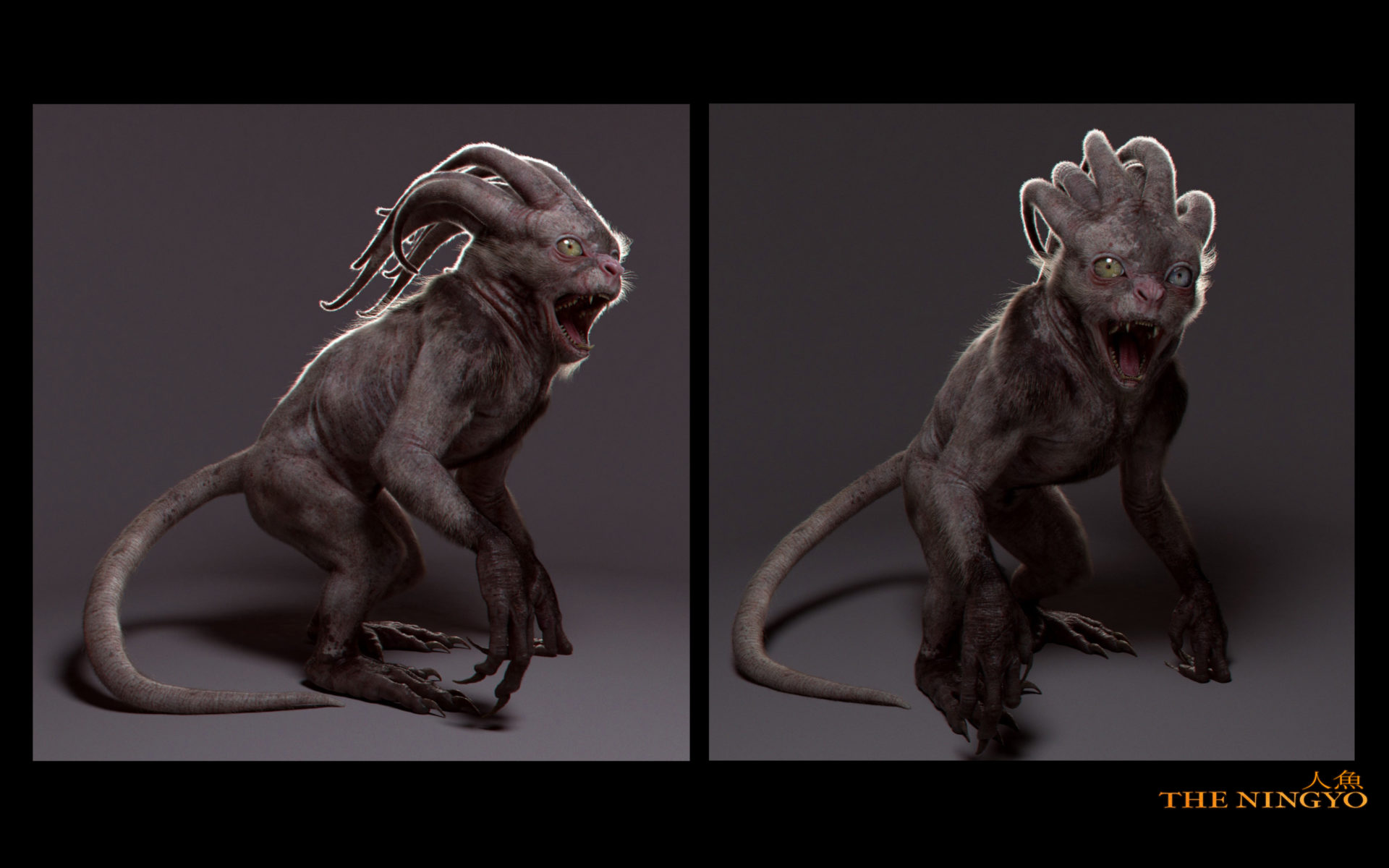 Ortega and Ma came to the project with more than 20 years of VFX experience between them, having worked on blockbuster films such as Marvel’s Thor, Transformers 3, The Mist and more. The Ningyo, however, challenged them to use tools and processes they had never needed to learn until now. The two had worked with V-Ray and Nuke on their previous short, the award-winning The Green Ruby Pumpkin, but with nearly 90-percent of the CG coming from just the two of them, the process was at times slow going.

Once the short film – subtitled “Episode One” – was complete, Ortega and Ma began to submit their project to film festivals in March 2017. Initially, the film met with resistance, as some festival directors didn’t believe The Ningyo should qualify as an indie film because the visual effects appeared to be “too good” to originate outside of the Hollywood studio system, while others didn’t realize they were effects at all. 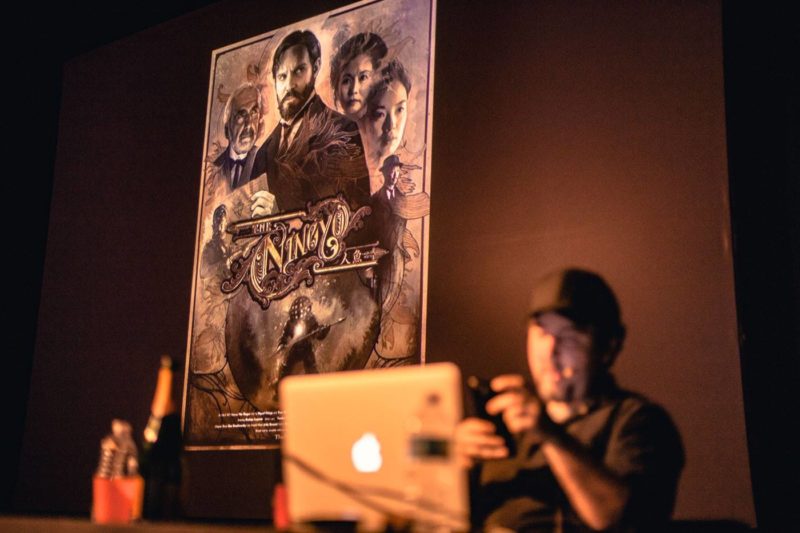 “What’s funny about it is we didn’t win one single visual effects award until we won at FilmQuest, because a lot of people thought that most of the stuff in the film wasn’t digital, or they thought we spent millions of dollars,” said Ortega. “The irony is that we didn’t have anything. There’s one shot where the actor shuts the camera off himself, because we didn’t have a cinematographer that day. We’re making this at home — you can’t get more indie than that. We just happen to know visual effects.”

The Ningyo has since gone on to earn over 30 festival nominations, including winning Best Fantastic Short at FilmQuest US, Best Sci-Fi Fantasy Short Film and Best Fantasy Film at the GenreBlast Film Festival, Best Cinematography at the HollyShorts Film Festival, the Audience Award at the Something Wicked Film Festival and more.

Following the success of The Ningyo on the festival circuit, Ortega and Ma signed a deal with Creative Artists Agency (CAA), one of the largest entertainment agencies in the world. Soon after, the team confirmed that they had struck a deal with an as yet unnamed studio to adapt the short into a major motion picture. Details on The Ningyo’s next act will be announced in the near future.

The Ningyo (Episode One) is available to stream online.

From architecture and design to visual effects in film and television, V-Ray is the most widely used rendering solution in the world. Whether used to showcase products at IKEA or bring the “Game of Thrones” dragons to life, V-Ray has helped artists and designers visualize their best work for over 20 years, pushing the boundaries of imagery, animation, and virtual reality. In 2017, V-Ray was honored with an Academy Award for helping to facilitate the “widespread adoption of fully ray-traced rendering [in] motion pictures.”