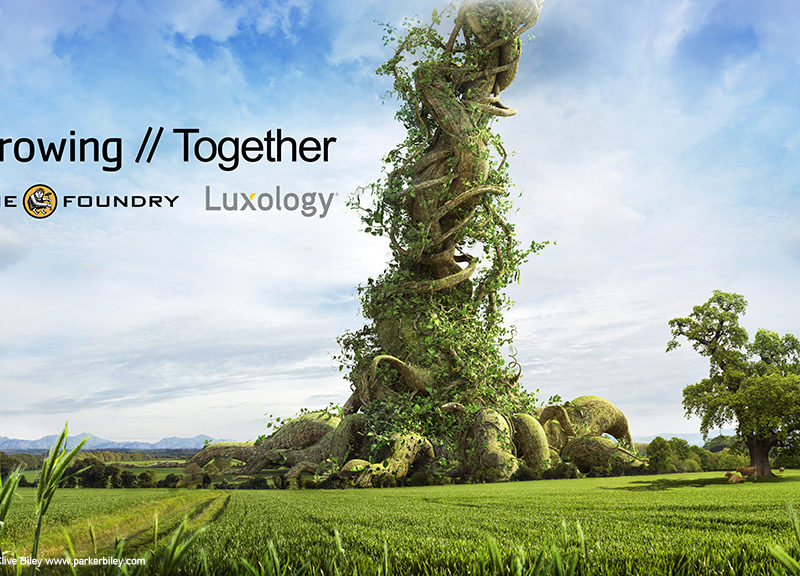 The Foundry and Luxology Join Forces

Leading visual effects software developer, The Foundry has today announced a merger with US- based technology company, Luxology LLC for an undisclosed sum.

Luxology’s multi-award winning 3D software – modo® – is used by thousands of artists and designers worldwide. The company is favoured for its fresh approach to modelling, animation and rendering tools. Over the years modo has been awarded an Apple Design Award for ‘Best OS X Graphics,’ a MacUser Award for ‘Best 3D/Animation Software’ and a Game Developer Frontline Award for ‘Best Art Tool.’

Both companies pride themselves on their customer relationships and product innovation. Together they will offer a wide-reaching set of 2D and 3D software products for digital production in both the entertainment and design industries.

“We think modo is the world’s best 3D content creation tool, and that by joining forces with Luxology we can offer a more far-reaching range of tools to the creative industries. The Foundry’s software portfolio in VFX has been steadily expanding year on year, fuelled by unique deals with companies including Disney, Sony Pictures Imageworks and Weta Digital. At a time when competitors are downsizing, we are thrilled to be making such a positive announcement that we believe will position us to continue our rapid growth.”

“We’ve long seen The Foundry’s tools as a fundamental part of modern media production and we couldn’t think of a better partner to work with. This deal will allow us to accelerate the development of modo, ushering in a whole new era for our customers. But more than that, the scale and breadth of our combined product line will put the key tools needed for the creation of digital media under one roof. Game development, marketing and advertising, industrial and architectural design, feature film and broadcast – everyone stands to gain.”

The Foundry and Luxology have very complementary product offerings and share a similar customer base. They have also cultivated thriving user communities which will both benefit hugely from technology adapted from the existing products of the other company.

“If ever a marriage was made in heaven, this is it. Luxology and The Foundry were made for each other, or more accurately I should say, for the industry. The companies complement each other perfectly, and the cultures are remarkably similar – this is going be a frictionless transition.”

The Foundry is a world-leading innovator in visual effects technologies and is internationally renowned for its product design and collaborative approach. Founded in 1996, the company has established itself as a critical partner to major feature film studios and post production houses worldwide including The Mill, ILM, The Moving Picture Company, Walt Disney Animation, Weta Digital, Framestore, Sony Pictures Imageworks and Digital Domain.

The company’s products have been used to create breathtaking effects sequences on a wide range of features, television projects and commercials. High profile examples include the 2012 Oscar® winners, “HUGO” (Best Visual Effects) and “Rango” (Best Animated Feature Film) as well as the EMMY award-winning “Boardwalk Empire.”

The Academy of Motion Picture Arts and Sciences awarded a Sci-Tech Award® to The Foundry’s development team for the FURNACE image processing suite in 2007 – and the company now holds two products with AMPAS Sci-Tech Award® winning technology including high-end compositing system NUKE.

In 2011 The Foundry ranked 54th in The Sunday Times Tech Track (up three places from 2010), and debuted in both the Sunday Times International Track and the Deloitte Technology Fast 50 lists.

Backed by The Carlyle Group with a substantial portion still owned by the staff, The Foundry is run by its original management team.

Based in Mountain View, Calif., Luxology® LLC is a technology company developing next-generation 3D content creation software that enhances productivity via artist-friendly tools powered by a modern underlying architecture called Nexus®. Founded in 2001, by Allen Hastings, Stuart Ferguson and Brad Peebler, Luxology is home to some of the top 3D engineering expertise in the computer graphics industry.

Luxology’s modo is at the centre of an active global user community producing models, images and animations of the highest quality. Luxology’s rendering technology is under licence to Dassault Systèmes SolidWorks Corporation and Bentley Systems, Incorporated.

More information on the company, its licensable Nexus technology, its flagship product modo® and a gallery of images from the Luxology community is available online at http://www.luxology.com.