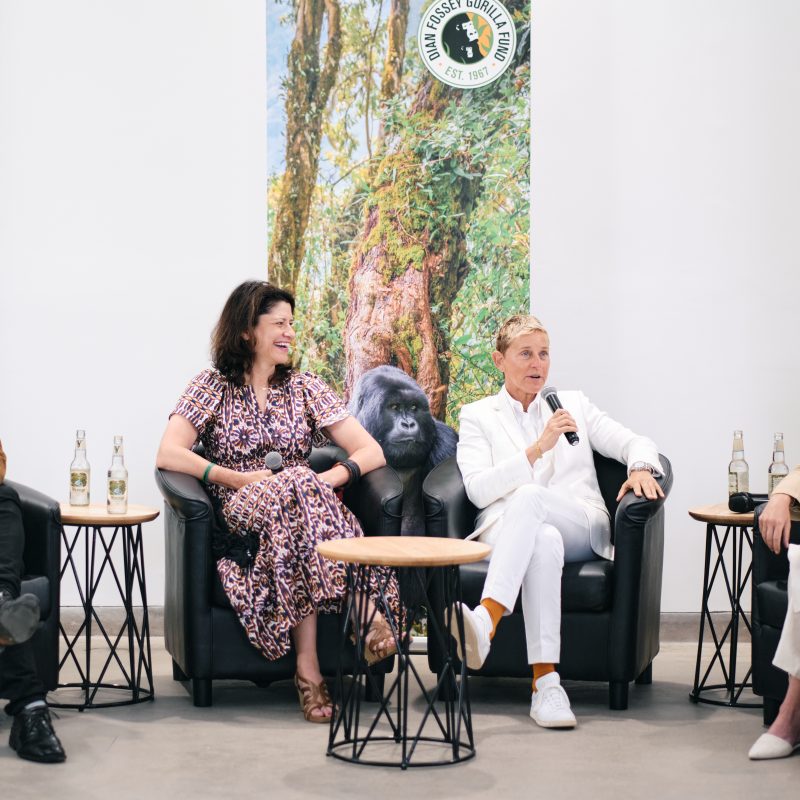 The facility’s 360° theater, virtual reality and augmented reality experiences will bring people closer than ever to endangered gorillas

Today, immersive studio Habitat XR announces the inauguration of the Irmelin DiCaprio Theater and the launch of two additional immersive experiences which bring visitors to the Dian Fossey Gorilla Fund’s new Ellen DeGeneres Campus in Rwanda within inches of Africa’s endangered mountain gorillas – albeit digitally – without impacting their natural environment.

Built as part of the Dian Fossey Gorilla Fund’s new permanent home in Rwanda, and with support from Ellen DeGeneres’s The Ellen Fund, and investment from Leonardo DiCaprio, the theater can display 360° films in 25K resolution. Developed from the ground up by the Habitat XR team, the theater is controlled entirely on an app and has been built to screen ultrawide 16:1 footage – or “superpanoramic” films – upscaled using AI technology. The theater’s eight daisy-chained 4K laser projectors display 50 million pixels onto a 140 x 8ft canvas, constructed using high-contrast film stretched over a custom-made 3D printed frame. This is complemented by a 10.2 matrix surround sound system, which features 37 individual speakers and two amplifiers as well as more than 2000 square feet of acoustic sound paneling designed and fabricated by the team to absorb reverb and allow the spatially-captured sounds of the forest to engulf audiences.

“At Habitat XR, we believe immersive experiences can go far beyond entertaining audiences,” said Ulrico Grech-Cumbo, Habitat XR CEO. “That’s why we are so excited for audiences to visit the Irmelin DiCaprio Theater. Our dream is for the theater, and our other XR experiences on the campus, to bring people closer to gorillas than ever before; to fill them with empathy and understanding and to inspire them to take action.” 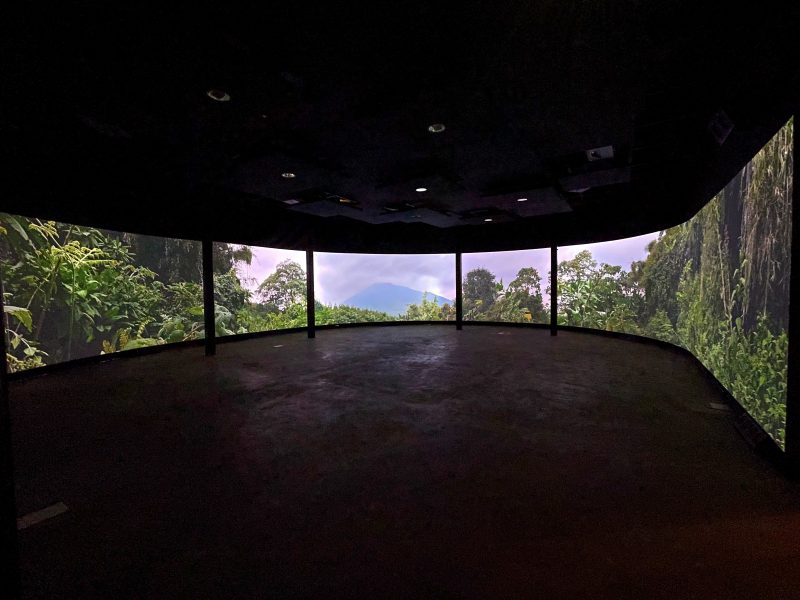 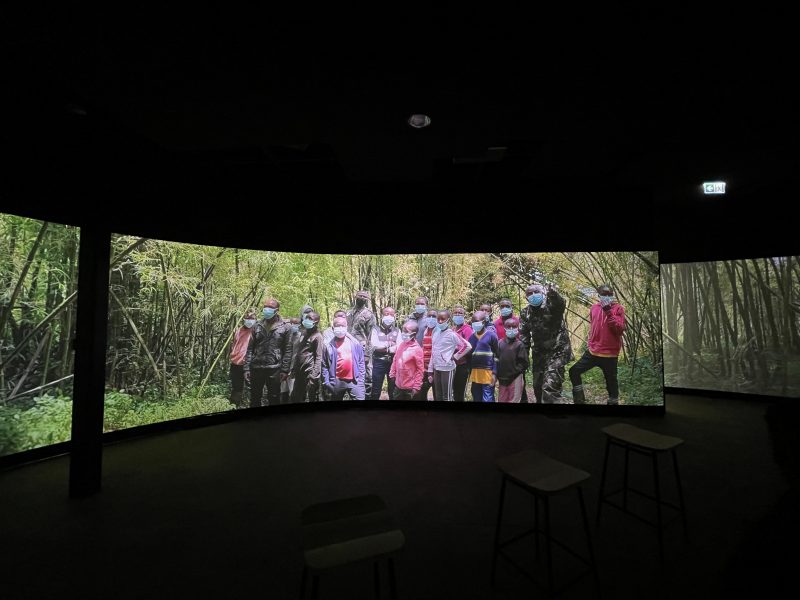 At launch, the theater is screening two original film experiences. The first, titled A Day in the Life of Gorillas and produced by Habitat XR and the Dian Fossey Gorilla Fund, follows four-year-old mountain gorilla Gasizi and gives unprecedented insight into his family, known as Pablo’s Group. The second film, Saving Mountain Gorillas: The Dian Fossey Legacy, produced by the National Geographic Society’s Impact Media Lab in collaboration with Habitat XR, explores both the history and future of gorilla conservation at the Dian Fossey Gorilla Fund.

Outside the theater, audiences can immerse themselves in gorilla behaviors at the touch of a tablet using Habitat XR’s custom-developed, controller-free VR kiosks. In the lush gardens of the campus, which mimic the gorillas’ natural habitat, visitors can embark on a virtual gorilla trek with Habitat XR’s GorillAR augmented reality iPad app, which sees a photoreal CGI silverback gorilla leading visitors on an interactive and educational foraging adventure along the actual trails. The front-facing camera analyzes real shadows on the viewer’s face to approximate lighting on the virtual hero gorilla in all light conditions, resulting in the best possible blending with the surrounding environment. The three Apple iPad Pro M1 devices are housed in special cases designed by Habitat XR and 3D printed using biodegradable cornstarch to mimic the volcanic rock textures that are so prevalent in northern Rwanda. 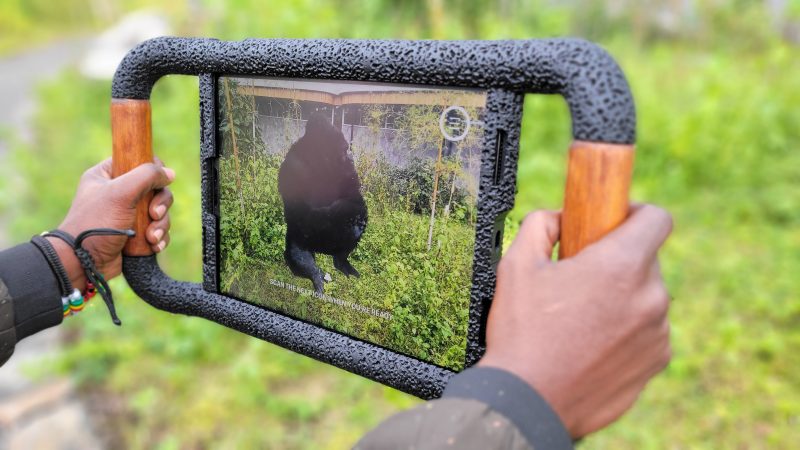 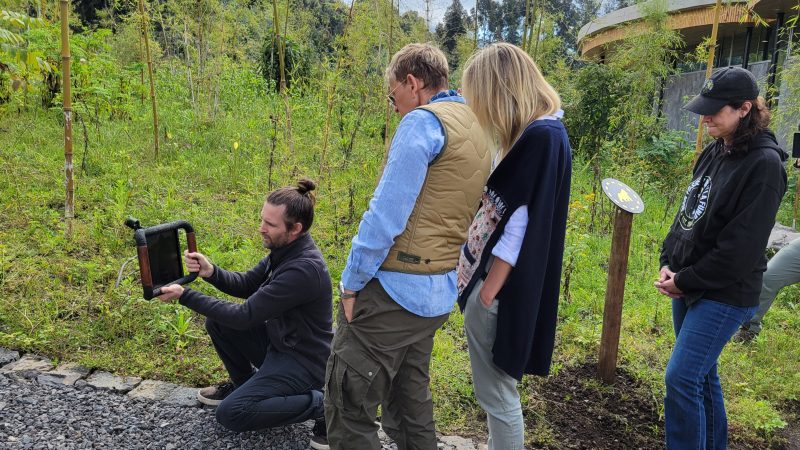 Dr. Tara Stoinski, President and CEO of the Dian Fossey Gorilla Fund, said: “Technology can play a major role in shaping people’s attitudes toward nature, and we’re proud to incorporate some of the most cutting-edge storytelling tools into our new home to help further tell the story of gorillas and our 55 years of conservation work in Rwanda.”

Along with conservation, another key goal of the project for Habitat XR was to challenge the convention that technological innovation doesn’t happen in Africa. “We’ve created one of the world’s most advanced projection theaters and envelope-pushing AR experiences,” said Grech-Cumbo, “and it’s adjacent to a rainforest in the heart of Africa.”