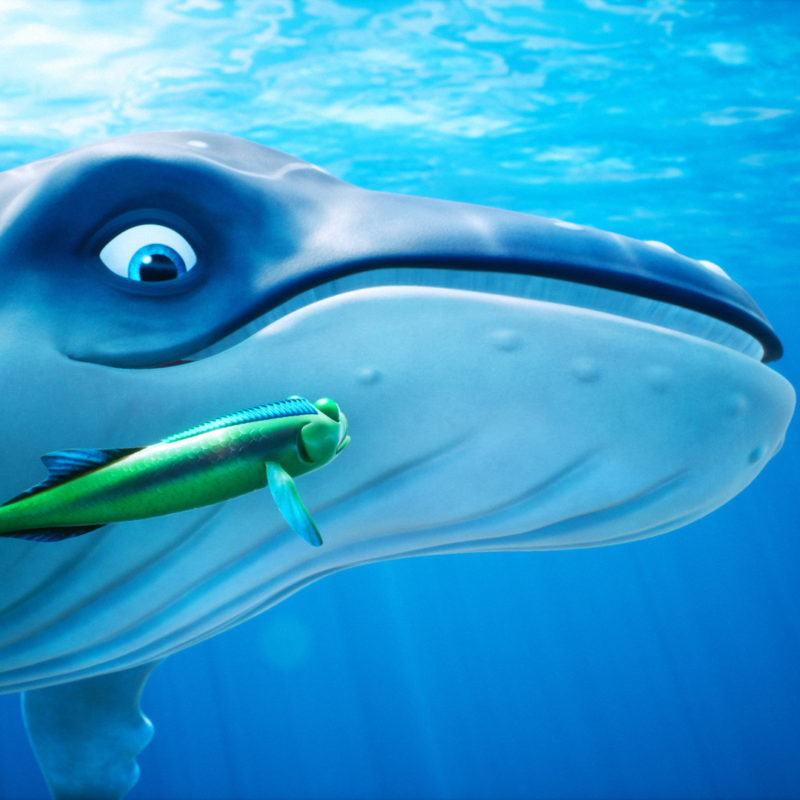 Today, transmedia production company Telescope Animation announces its first slate of upcoming projects, with several releases across multiple platforms, all centered on an original new IP. Utilizing cross platform tools and real-time technology capable of sharing assets across multiple mediums, Telescope Animation’s first offerings will include an animated feature film, a prequel game set in the same universe, an AR/VR project, a series that picks up after the movie and more.

“The tools and methods being used to create films, games and a lot of interactive content are growing closer and closer together, but there aren’t a lot of production companies that are willing or able to take advantage of that,” said Reza Memari, Telescope’s co-founder and co-CEO, and the writer/co-director for the animated film A Stork’s Journey. “Telescope Animation was founded in part to allow us to experiment with what can be done through modern narrative design across mediums. With a close-knit team, our strong focus on storytelling and advanced tools, we can allow ourselves to dream big and take chances.” 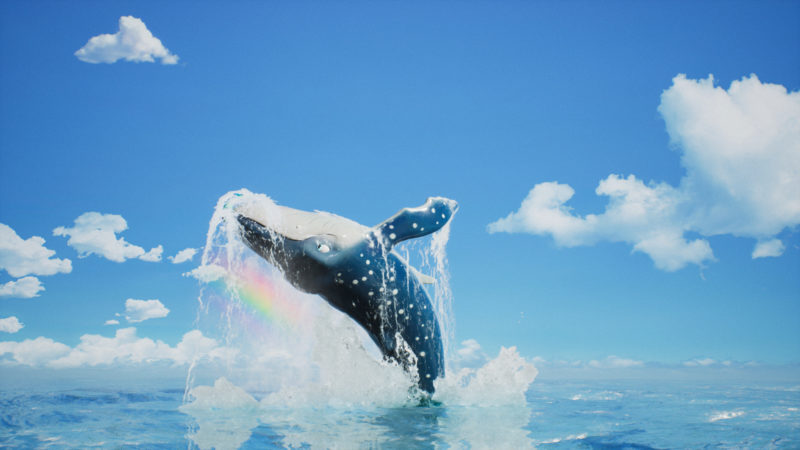 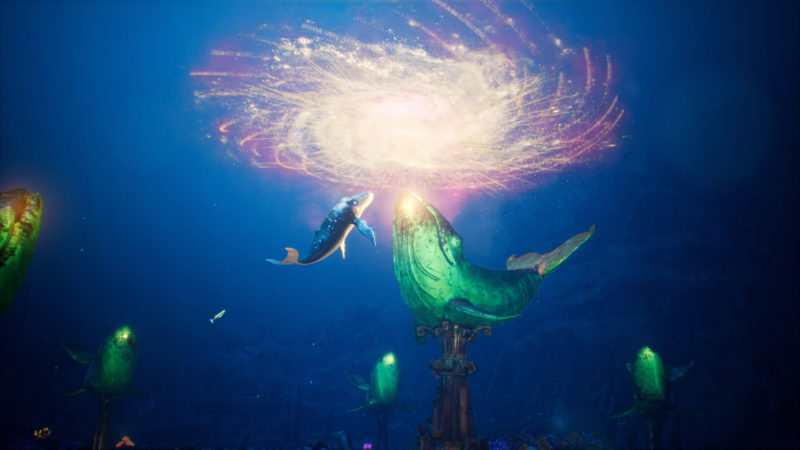 For its debut, Telescope is developing The Last Whale Singer, an original animated feature coming to theaters in 2023. The film takes audiences to the depths of the oceans with Vincent, a teenage humpback whale whose father possesses the ancestral gift of healing with his mystical song. As Vincent and his companion Percy travel deeper and deeper beneath the sea, fighting off dangers both natural and manmade, the young whale is forced to confront his destiny in order to protect the oceans from an ancient monster.

The animated film will act as a standalone project, although the story will expand through a prequel game currently planned for the Nintendo Switch, as well as the PlayStation and Xbox family of consoles. Both the film and the game are being developed using real-time game engines, allowing for flexibility through real-time editing and the sharing of assets between mediums. The Last Whale Singer will also include an AR/VR project, an interactive storybook and a potential series for web, TV or streaming platforms, all developed by Telescope Animation using many of the same assets across mediums.

The Last Whale Singer is the first animated feature film selected for development for the German “Outstanding Films for Children” Initiative. It is partially funded by Creative Europe MEDIA, and includes film subsidies from BKM/Kuratorium Junger Deutscher Film and FFA. Telescope Animation is also working with the Whale & Dolphin Conservation (WDC), an international wildlife charity dedicated to the conservation and protection of whales and dolphins around the world. 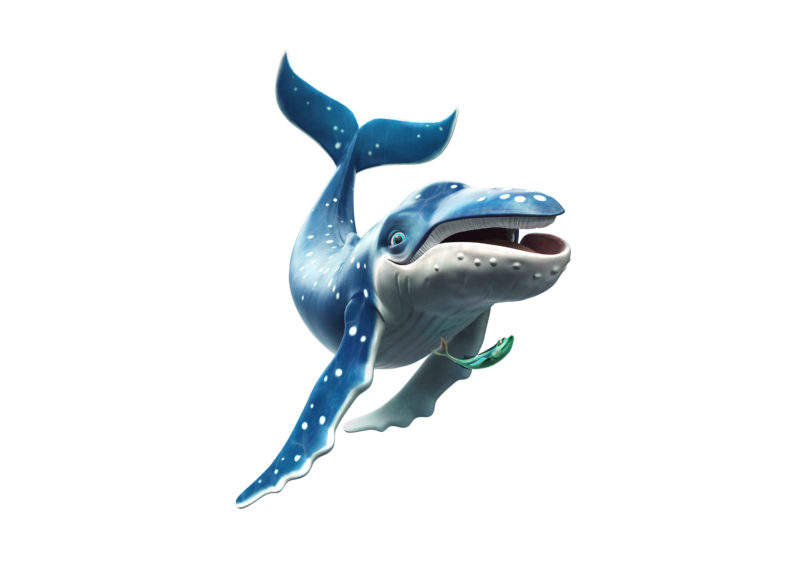 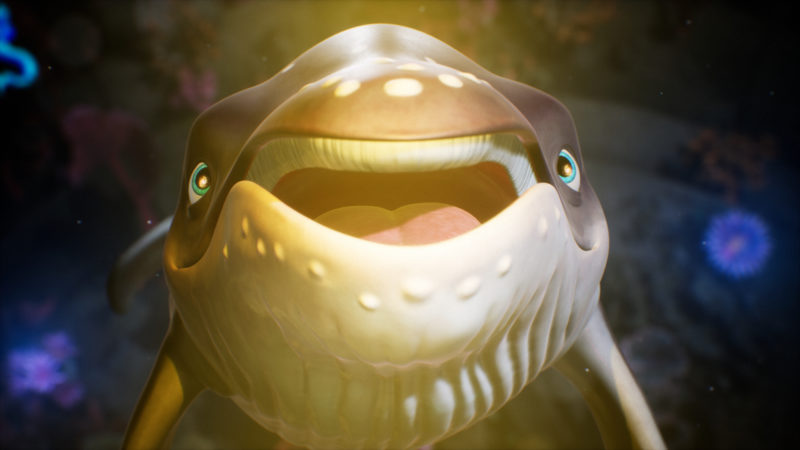 Two additional, as-yet unannounced projects based on original concepts are also in development, including a feature film with a game tie-in, and a potential episodic series that will also offer a companion game. Each individual release will act as a standalone story, with additional releases on other mediums helping to expand the universe.

“Our team shares a common vision for Telescope Animation as a transmedia hub, and we are telling stories that are important to us and reflect our values,” said co-founder and co-CEO Maite Woköck. “Having that freedom to tell the types of stories we believe in, without limiting ourselves to one platform or medium, has changed how we look at creating content for increasingly sophisticated audiences who demand more.”

Telescope Animation began in 2018 as an idea from Memari, a veteran film and game developer. Soon after completing work as writer and co-director for the critically and commercially successful A Stork’s Journey, Memari asked Woköck to join him in founding the studio. The duo was soon joined by legal expert Henner Merle, writer & dramaturg Ulla Ziemann and producer Roshanak Behesht-Nedjad to form the core of the company.

From the start, the goal was to embrace a variety of storytelling options while consistently maintaining a socially and environmentally responsible focus. To help achieve that goal, Telescope Animation is aiming to be a zero emissions studio, while working hand-in-hand with environmentally focused organizations like the WDC. Additional partnerships will be announced in the near future.

The first teaser trailer for The Last Whale Singer will be officially unveiled at the 2020 Cannes Film Festival.