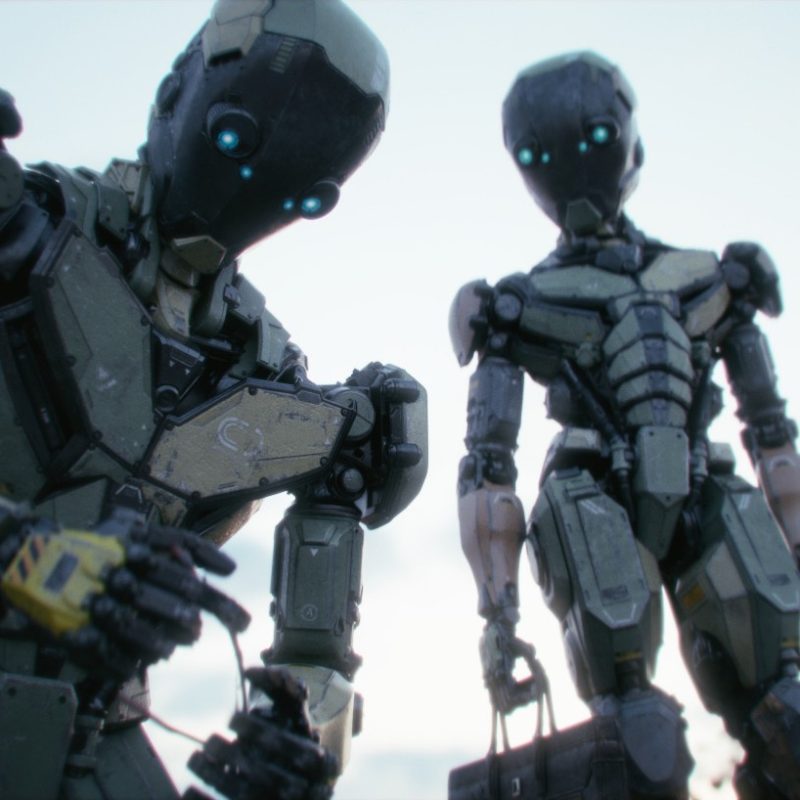 When robot rebels go after you and your family, what do you do? Take ‘em out. Released today, CONSTRUCT is a new 12-minute short that picks up where its popular teaser left off, pitting a gentle android against the murderous robots that mean him harm. Created by Kevin Margo and a team of artist friends, CONSTRUCT has used the latest advances in technology to turn in a feature-grade film, without the budget or resources of a major studio.

Started in 2014 as an off-hours project for Margo, the CONSTRUCT team has grown over the years, utilizing a wide range of talents, from Blur Studio artists (where Margo has directed and supervised VFX) to the stunt choreographer for Daredevil and Deadpool. Liam Neeson’s stunt double even got involved, providing movements for the film’s antagonistic foreman. In total, 75 artists and performers have contributed to the short, helping Margo realize 210 all-CG shots, often out of his 300-square-foot apartment in Venice. 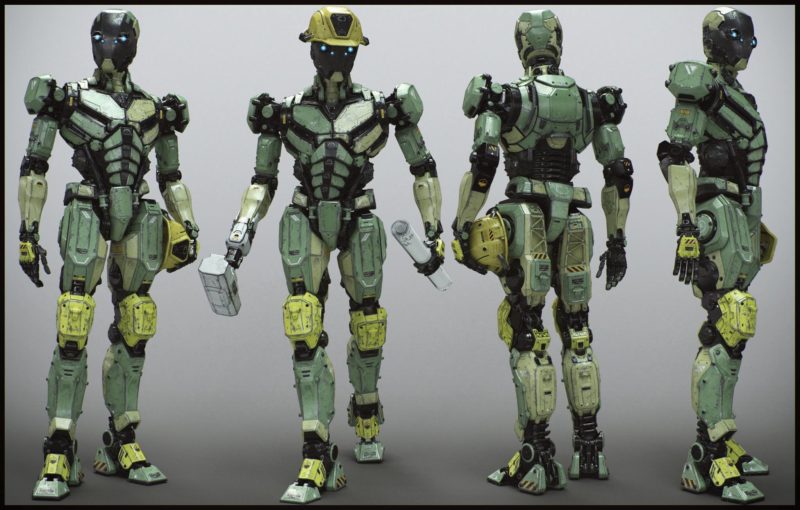 Designed for realism, CONSTRUCT’s run-and-gun, “handheld” shooting method was so immersive that the short began fooling other artists, who assumed that Margo had tracked the digital robots atop of live-action plates. “Everybody wanted to know what camera I was using,” said Margo. “When in reality, our team was just churning out well-lit, photoreal CG backgrounds using ‘natural light’ and V-Ray.”

CONSTRUCT is no stranger to surprise. When released at GTC 2014, the one-minute teaser and accompanying behind-the-scenes videos wowed artists and press for their innovative use of virtual production techniques, leading to appearances on CNET, Indiewire, Creators and Kotaku. In fact, an operating idea behind CONSTRUCT was to speed up the CG workflow, so Margo could start to mirror live-action productions. For this, he partnered with NVIDIA and Chaos Group, gaining access to the emerging tech that would help him reach his goals.

“Our story isn’t typical, in that we were in this situation where two massive companies were either giving us expensive hardware or building prototype tech just for us,” said Margo. “They really put the wind at our back, so we could explore GPU rendering and virtual production at the highest levels, and we put those creative benefits back into the short. At the time, we were doing things that had never been done before. No one had thought to ray trace while motion capturing yet.”

For a computationally heavy production like CONSTRUCT, the application of GPU rendering, a style known for speed, seemed like the fastest path to finishing. Through NVIDIA, Margo was given access to the NVIDIA Quadro Visual Computing Appliance (VCA) system, which stacks eight high-end GPUs together. Its computational power was so remarkable that CONSTRUCT’s total rendering time dropped from 480 to 60 days, giving artists even more reasons to add elaborate details.

Chaos Group, on the other hand, provided a direct line to their development team, who created a brand-new rendering technology for Margo that linked V-Ray RT (now GPU) to Autodesk’s MotionBuilder. Motion capture performances could now be applied to ray-traced characters and environments in real-time, providing Margo with the type of information needed to give directives or make decisions on the spot.

“Being able to compose the shots with all my color, lights and 3D assets in the monitor was life-changing for me,” said Margo. “When you are in the moment, the last thing you want to do is stop and reassess. Real-time ray tracing gives you the freedom to be fluid and experimental, mirroring the feeling of live-action cinematography.” 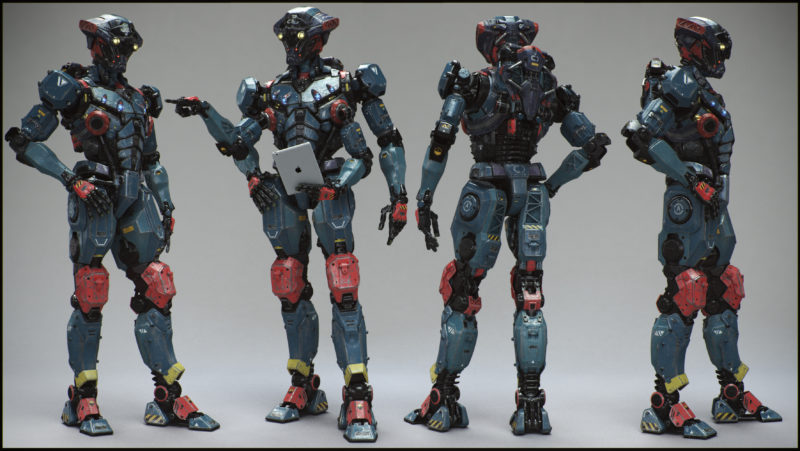 “We are moving full steam ahead, developing the feature and meeting with creative/production partners that are as passionate about this world and the future of virtual production as we are,” said Margo. “Small teams are rewriting the map from their living rooms, and from what we can tell, Hollywood is starting to take notice.”

Kevin Margo is a filmmaker, director and VFX/CG supervisor, who has worked on everything from the Batman Arkham cinematics to the infamous leaked Deadpool test footage that earned the film a greenlight. Since 2011, Kevin has created two short films, the surreal sci-fi viral hit, Grounded and CONSTRUCT, which was cited by Engadget, CNET, Slash Film, Creators and more as a “game changer” for virtual productions. Kevin is represented by Scott Carr at Management SGC. For more information, please visit: http://constructfilm.com/ or http://kevinmargo.com/.