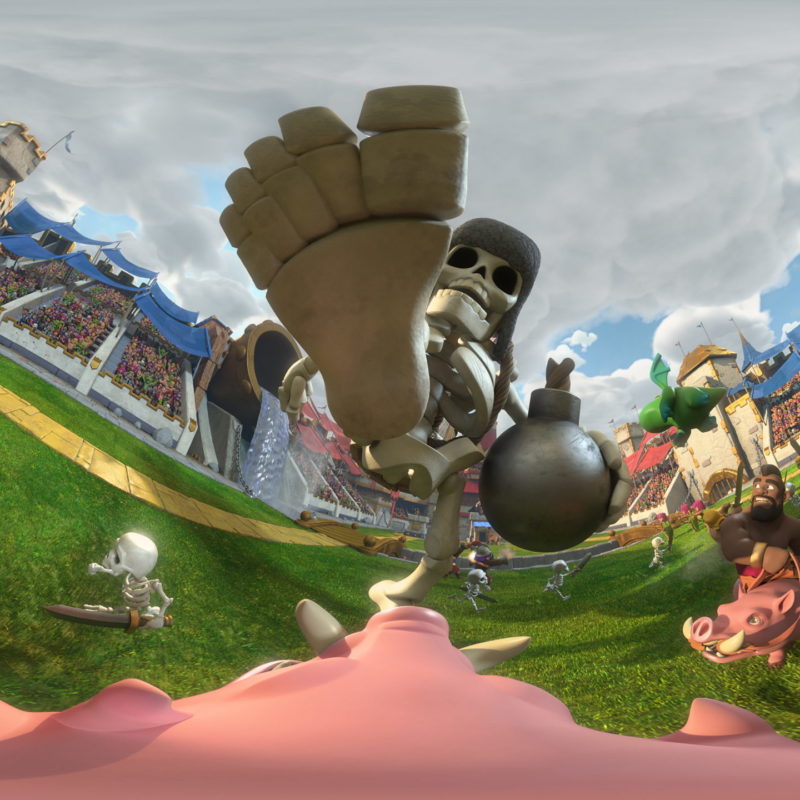 Psyop‘s partnership with Supercell is one of the most successful in games marketing: over the past five years, its spots for “Clash of Clans,” Supercell’s massively multiplayer mobile strategy game, have been viewed over 600 million times on YouTube. Now the award-winning CG studio is taking “Clash of Clans” into virtual reality, through a string of 360-degree ads and VR experiences. And to handle the extra complexity of the work, Psyop relies on Qube!, PipelineFX‘s intelligent render farm manager.

Powering one of the industry’s most acclaimed studios

On its foundation in 2001, Psyop quickly became one of the advertising industry’s most acclaimed creative studios, in particular for its Emmy and Annie Award-winning work with Coca-Cola. With a client list that ranges from Microsoft and Toyota to Estée Lauder and The Hershey Company, the firm also creates its own animated series – and most recently, its own VR experiences, with Kismet, its fortune-telling virtual reality app, now available through Steam, Oculus and PlayStation VR. All of the rendering work for the new projects is managed through Qube!, which Psyop’s Los Angeles office has been using since its inception, and which its New York headquarters adopted in 2013.

But it is for commercials work like Clash of Clans that Psyop remains best-known. Its quirky, chunkily appealing CG visuals lead every aspect of Supercell’s marketing, and have helped to transform the game into one of the most successful titles in the notoriously fickle mobile market. Revenge, created for Super Bowl 2015, became the year’s single most-watched YouTube ad, while Hog Rider 360°, its recent 360-degree commercial, has notched up over 45 million views since its release last November. 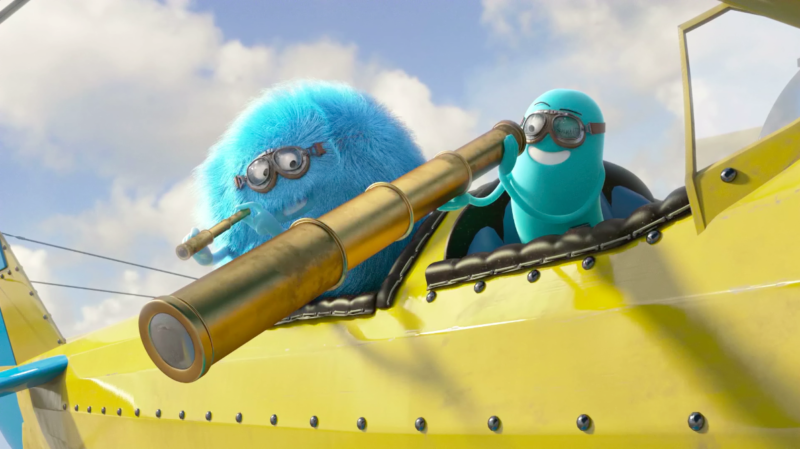 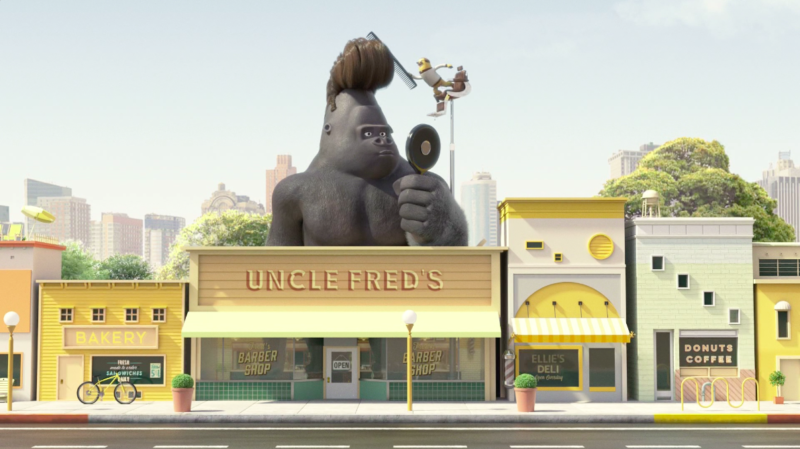 “One of our big challenges lately has been rendering 360-degree and VR content,” says Andy Jones, Psyop’s Head of VFX. “Typical VR projects are high-resolution, stereoscopic, and have a high frame rate. On top of that, the number of assets that need to be loaded into a scene is often much larger than for a typical shot, since the viewer needs to be able to see in all directions at once.”

Not only does that mean processing three times more data per frame than for a conventional animation but rendering eight – or even sixteen – times as many pixels. For one 360-degree project that Psyop created for Supercell’s 2015 ClashCon user event, the studio calculated that if all the pixels it rendered were lined up end to end at the size they would be projected, they would stretch to the moon and back.

Such intensive VR experiences – which are usually produced in parallel with other animated and live-action projects – place a heavy load on Psyop’s render farm, which scales up to 500 nodes when operating at full capacity. Fortunately, Qube! is there to take up the slack. 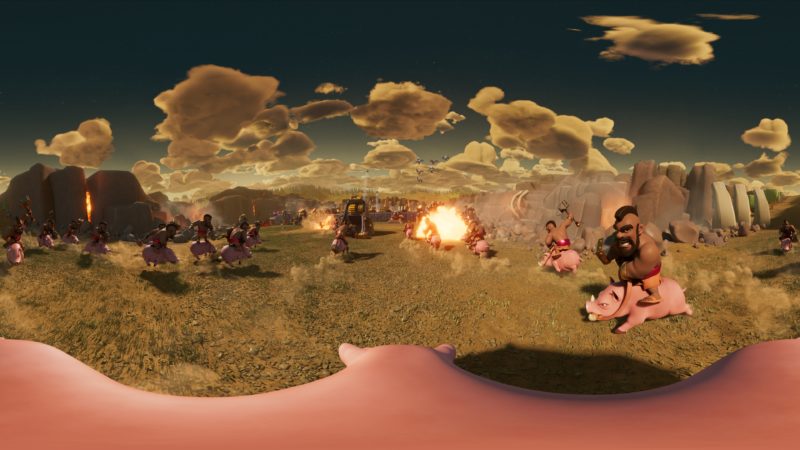 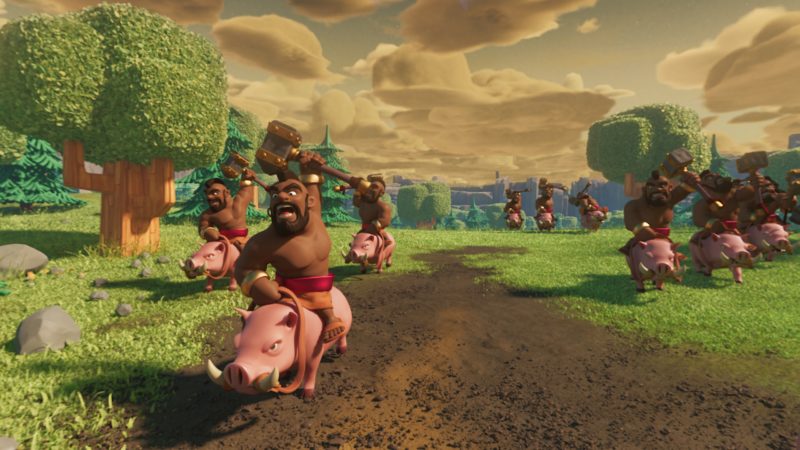 “What drew us to Qube! was its open architecture,” says Alon Gibli, Head of Pipeline at Psyop. “Its extensive Python API gives us practically unlimited flexibility when it comes to integrating software with the render farm.”

Such flexibility is critical because Psyop uses a lot of different software, including Maya and Houdini for 3D animation, NUKE for compositing, Shotgun for production tracking, and RV for media playback. For these, the studio has created its own custom submitters, and even entire proprietary tools.

“We have developed tools that rely on Qube! to perform a variety of essential pipeline tasks: for example, transcoding and uploading media to Shotgun,” says Gibli. “Using the configuration options provided, our artists can easily open their rendered images in a pipeline-aware RV session directly from Qube!’s WranglerView.”

Psyop relies heavily on in-application batch rendering rather than generating standalone archives, describing Qube! as one of the few render managers that can properly manage such a workflow.

“The ability to use scripted logic from inside the application gives us a lot of control over how data moves through the pipeline, and helps us avoid file server bottlenecks,” points out Jones. “Although most render managers can handle these jobs to varying degrees, Qube! is one of the few that tracks software instances and agenda items independently.”

As well as ensuring that artists are not faced by production-derailing technical problems, Qube! helps Psyop cut down on support staff: Jones notes that the ability to customize job priority through the API, rather than managing it manually, means that projects rarely require a render wrangler. 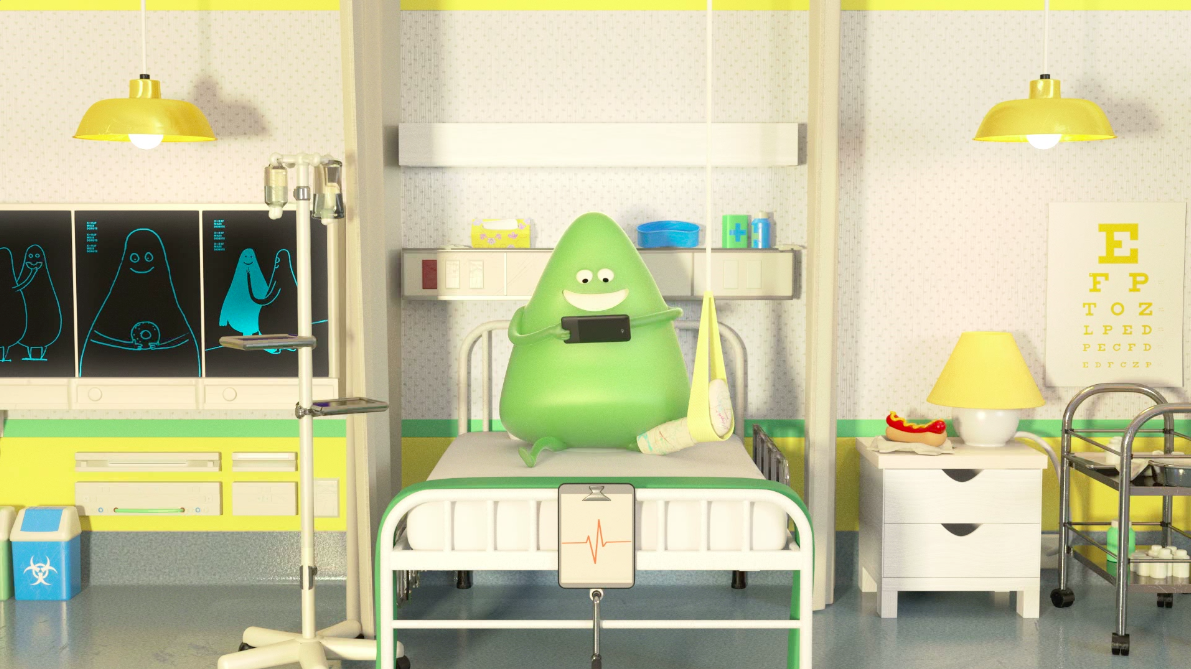 Another important feature of Qube! is the way it enables Psyop to work on the fly. The software’s wide range of built-in job types means that the studio can use additional tools when a project calls for it – one recent job called for the studio to work with a team of Cinema 4D users – while PipelineFX’s new metered licensing system lets it expand its render farm at the drop of a hat.

Metered licensing, introduced as standard with Qube! 6.9 in October 2016, enables users to rent extra software licenses on demand. Unlike other similar systems, there is no need to pre-pay – and best of all, clients are only charged for the time the extra machines are actually in use, right down to the minute.

“As a commercials-oriented studio, our rendering needs tend to be highly irregular,” says Jones. “Before metered licensing, whenever we started to fall behind on renders, we would have to consider whether we would be able to take advantage of a full month of license rentals. In some cases, that would mean making guesses about future projects. With metered licensing, we are able to scale up our farm at a moment’s notice, which fits much better with how our business actually works.” 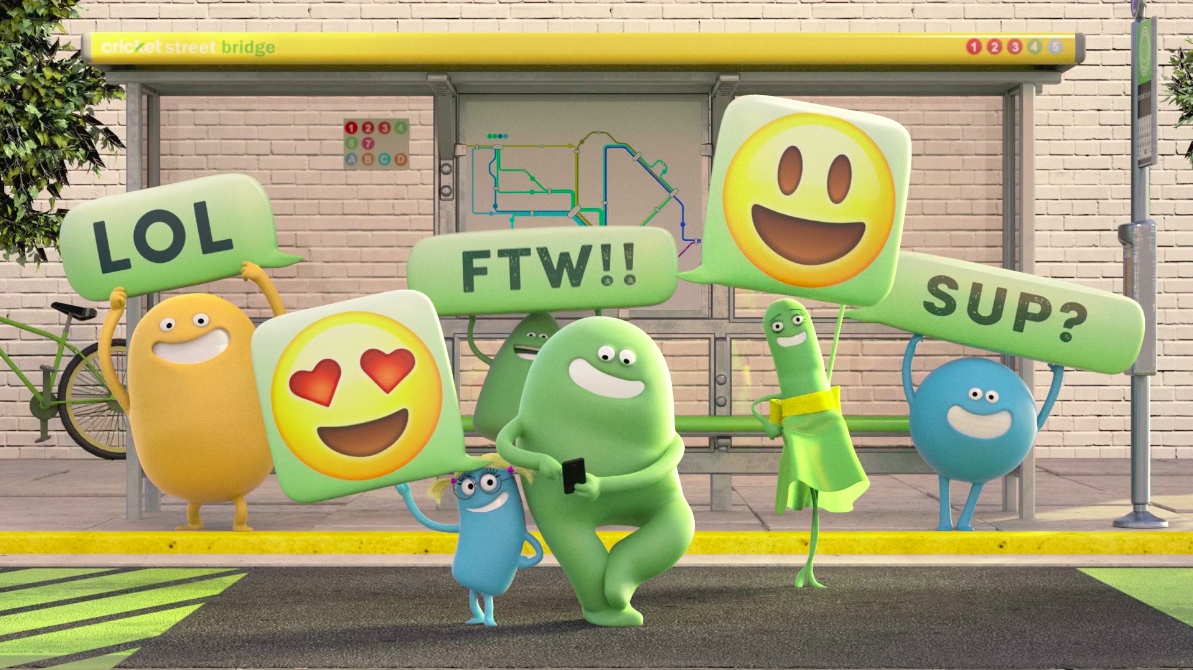 Helping to take “Clash of Clans” to a new dimension

Thanks to this combination of power and flexibility, Psyop is able to scale its rendering pipeline to meet the demands of new markets like VR and 360-degree video, helping it to maintain successful ongoing relationships with clients like Supercell – and to take brands like “Clash of Clans” to a new dimension. In a changing industry, Qube! is a point of stability.

“Render management is a crucial task, but one where studios like us shouldn’t have to reinvent the wheel,” adds Jean-François Panisset, Psyop’s CTO. “We’re very happy for Qube! to take care of it for us, so that we can dedicate our resources to solving new technical problems for which solutions can’t be purchased off the shelf.”

About Qube!™ and Smart Farming™

Qube! is an intelligent, mature and highly scalable render management solution that can be quickly integrated into any production workflow, and is backed by world-class technical support. Qube! delivers intelligence to production pipelines by providing business-critical insight into render pipelines, maximizing investment in rendering infrastructure and automating manual processes. Qube! works out of the box with all leading content creation applications and is truly cross-platform with all software components available on Windows®, Linux®, and Mac OS®X operating systems.

Founded in 2001 by five artists, Psyop is a creative content studio with a simple mission: to Persuade, Change and Influence audiences by crafting compelling content that viewers seek out and share. Celebrated for groundbreaking work that has earned Emmys, Lions, and Annies, Psyop specializes in telling stories and designing with meaning for any screen or medium, and has now expanded to studios in New York and Los Angeles, where they create commercials, shorts, VR experiences, games, web series, VFX, and feature films. http://psyop.com