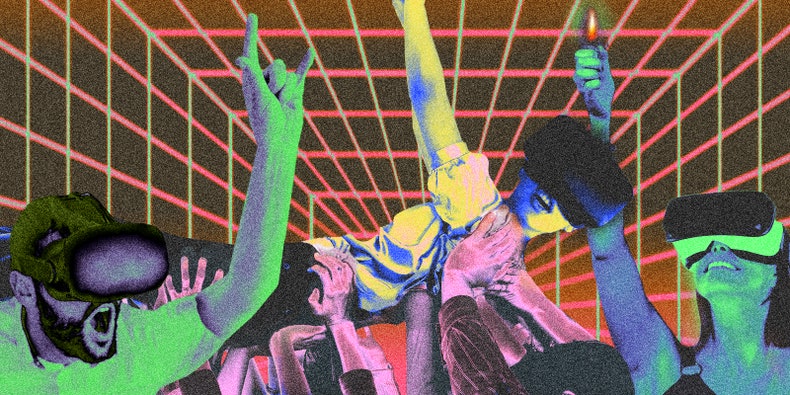 Where Can Virtual Concerts Go

On April 23, more than 12 million players of the battle-royale video game Fortnite put down their guns to watch a digital avatar of Travis Scott teleport around a beach, tower against a blood-red sky, and launch audience members into outer space. It was all part of a 10-minute virtual concert, the game’s biggest event ever, according to Fortnite maker Epic Games. All told, including four replays spread across three days, 27.7 million unique gamers attended the digital gig 45.8 million times. Its success catapulted “THE SCOTTS,” which premiered as part of the Fortnite set, to debut at No. 1 on this week’s Hot 100 chart.

Virtual concerts have been around in some form for more than a decade, with artists like Gorillaz and Björk trying out different technologies, but the COVID-19 lockdown is inspiring a new surge in attention. Since musicians and fans will probably not be able to congregate in a physical setting for a while, digital events like Scott’s Fortnite extravaganza look like a promising way forward. More and more, visual effects specialists who regularly work on music projects tell me, artists and promoters are asking how they can present online performances that go beyond livestreams from musicians’ kitchens.

Although creating a concert like Scott’s requires a serious team of developers, the process can take as little as a couple of months, according to John Canning, an executive producer of new media at the effects studio Digital Domain. It helps if the performance fits into an existing video game environment, he explains, and with a completely digital character, where the laws of physics need not apply, the creative possibilities are wide open. Canning adds that for some of the acts his company is working with, Fortnite concerts are already considered passé because they’ve already been done. “We’ve been talking about the evolution of that,” he says. “Where do you go next?”

Read the full story in Pitchfork.