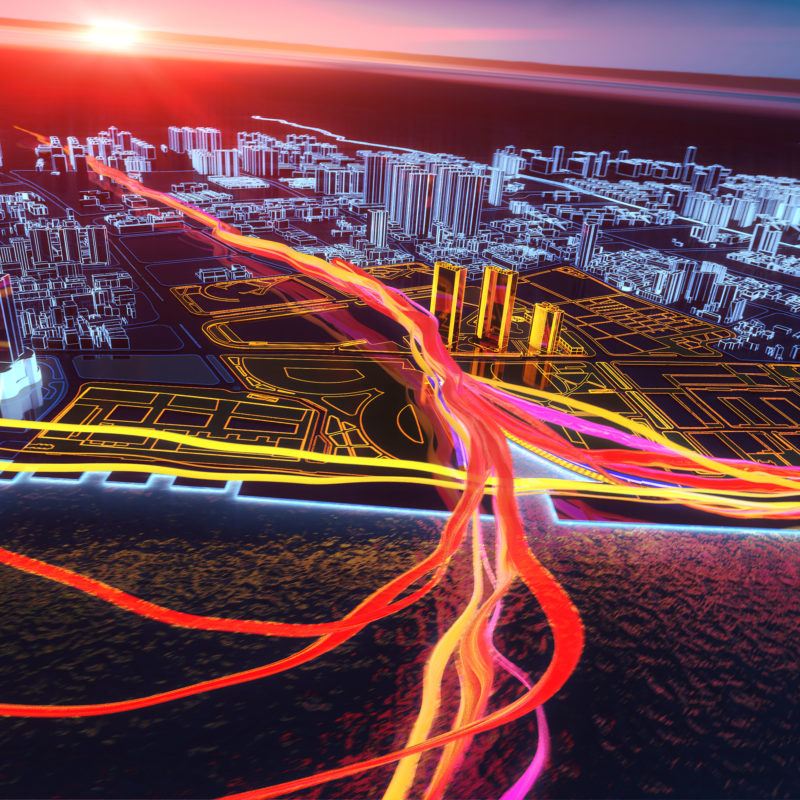 Visualizing a major development is a lot of work, long before the client requests an 8-minute video. Add in 4K animation, live footage, and stereoscopic 3D and you better call the best. To help everything run smoothly on their latest film, Neoscape put their trust in V-Ray, turning a massive project into a futuristic CGI visit to Yangpu Ba Dai Tou, John Portman & Associates’ latest plan for the Shanghai riverfront.

The Yangpu Ba Dai Tou plan seeks to turn an aging industrial area into a “vital and vibrant residential district.” Mixed-use construction will combine offices, hotels, retail spaces, parks and repurposed historical structures, creating an environment that is both modern and friendly to pedestrians. To convey this idea, architects at John Portman & Associates needed a powerful visual that would walk people through key site components like the “Pearl Necklace” (a pedestrian circle) and the “Dragon Spine” (the retail and project connector). When a video highlighting the development became necessary, they turned to Neoscape, one of the world’s leading visualization studios. 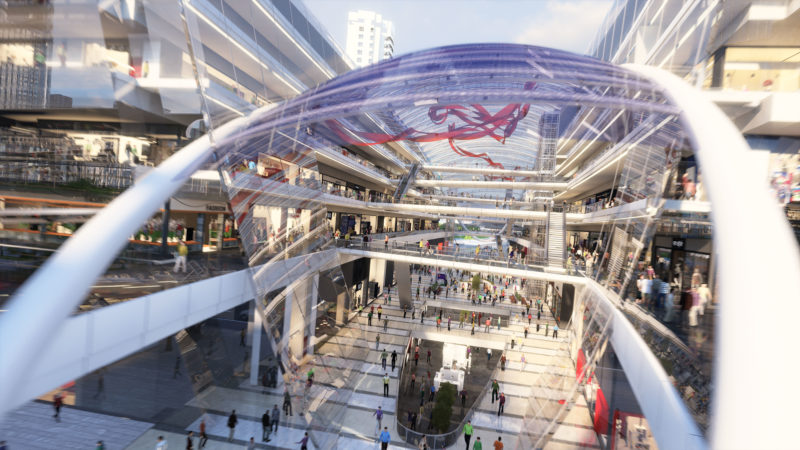 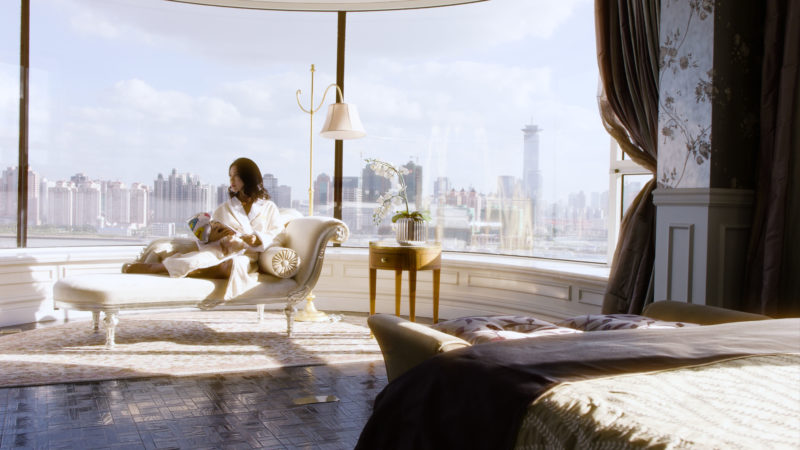 “When we put together the creative treatment, we knew that we didn’t want it to be a simple programmatic study,” said Carlos Cristerna, Principal and Director of Visualization at Neoscape. “We wanted to create a more interesting visual style without overcomplicating the production, so we devised a more abstract approach to the story.”

Since the Dragon Spine was already part of the architect’s design, Neoscape used it as a narrative device, taking the audience through Shanghai, up the river, and back to the site. This potent cultural symbol allowed the firm to reference both the history of Yangpu, and the original point of entry into Asia. Colorful graphics inspired by long exposures, Chinese paintings, and films like Tron provided the final touch, helping Neoscape incorporate the traditional dragon from Chinese New Year, with a few modern flourishes.

While 3D animation played an essential role in the production, Neoscape also saw an opportunity to combine their visualizations with live video, shot on location in Shanghai. The brief called for multiple aspect ratios, meaning the final video would live both online (16:9) and out in the world (19:4), mainly on a 55’ x 11’ projection screen in Yangpu Ba Dai Tou’s marketing center.

“We had to be very deliberate in our selection of camera moves and framing, so whatever we shot would work for multiple ratios,” noted Cristerna. “You’ll notice that in the video, most of the cameras pan from bottom to top, top to bottom, or use a subtle move that reveals the subject. This was done so no matter what ratio you are viewing it on, you’ll be able to see the totality of the shot, as it was intended. It was kind of like a moving Ken Burns approach.” 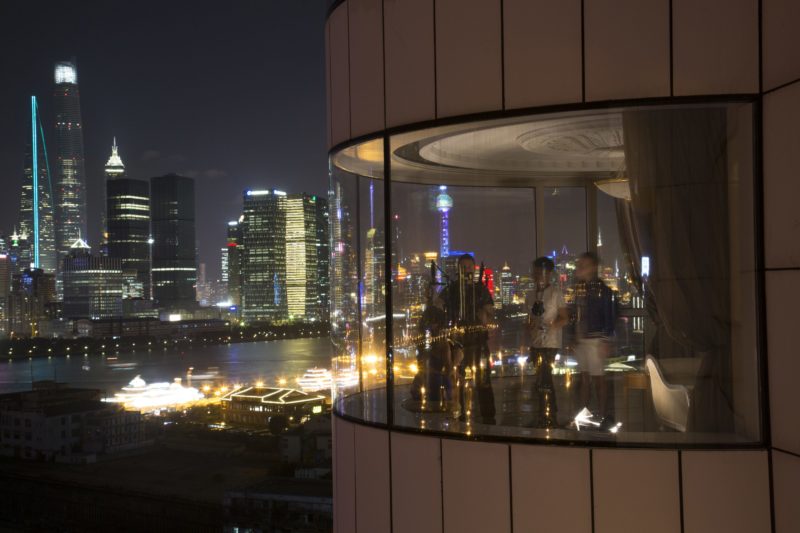 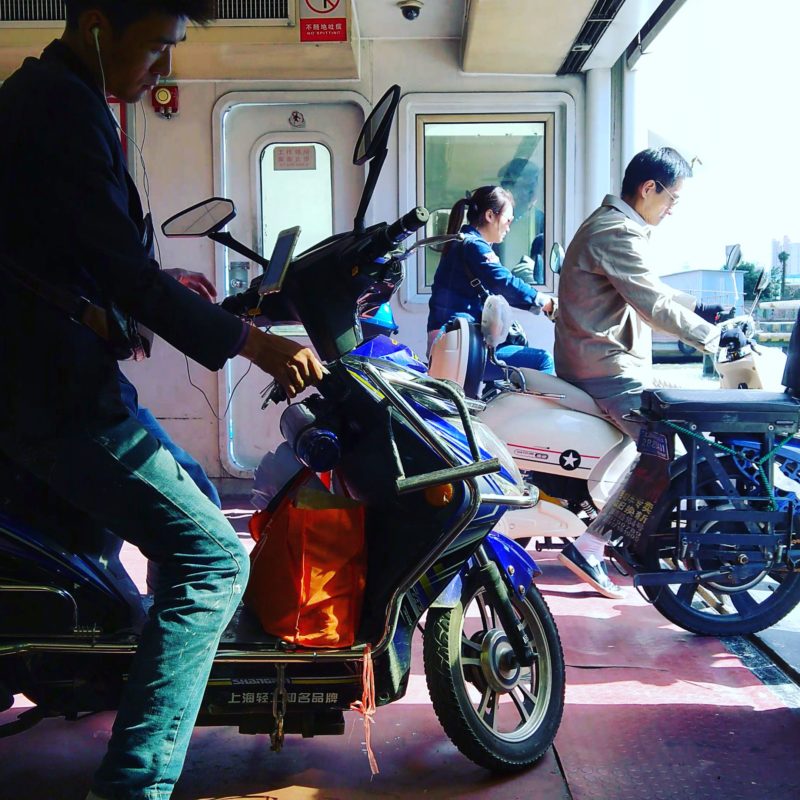 The next challenge was producing a version with stereoscopic depth. A common way to produce 3D movies, stereoscopy creates the illusion of depth in images. A useful trick, but also a time-consuming process that doubles the rendering load for visualization projects, as it creates a need for an image for both the right and left eyes. With 4K visual effects already in production and only 20 weeks to deliver an 8-minute film, twice the render load meant that Neoscape would have to put their rendering software into overdrive. The team put their faith in V-Ray for 3ds Max, the AEC industry’s most popular renderer, as it could be trusted for both quality and speed.

“At one point on the project, we calculated that we would need 17.5 days of non-stop rendering for the 3D work alone; one computer would have taken 1,010 days, and this was when we only had 12 days left!” said Cristerna. “Luckily, because of V-Ray, our average times were very good, and most frames rendered a lot faster than we anticipated.”

Excluding the neon sequence, 32,500 frames were rendered by Neoscape. The 4K production, however, continued to loom over the project. Because client reviews were conducted live via video conference between Boston, Atlanta and Shanghai (including two translators), video reviews couldn’t be done in 4K or stereo 3D, resulting in Neoscape’s big rush at the end of the production.

“One of our biggest challenges was that you can’t see the film in stereo while you’re working on it, so we needed to adjust our pipeline to review those shots,” added Cristerna. “After the stereo reviews, we realized that we had to re-render a few shots with wider interocular distances to increase the depth, so we could use them to greater effect as a device that impacts viewers’ emotions. We adjusted about half of our cameras that day.” 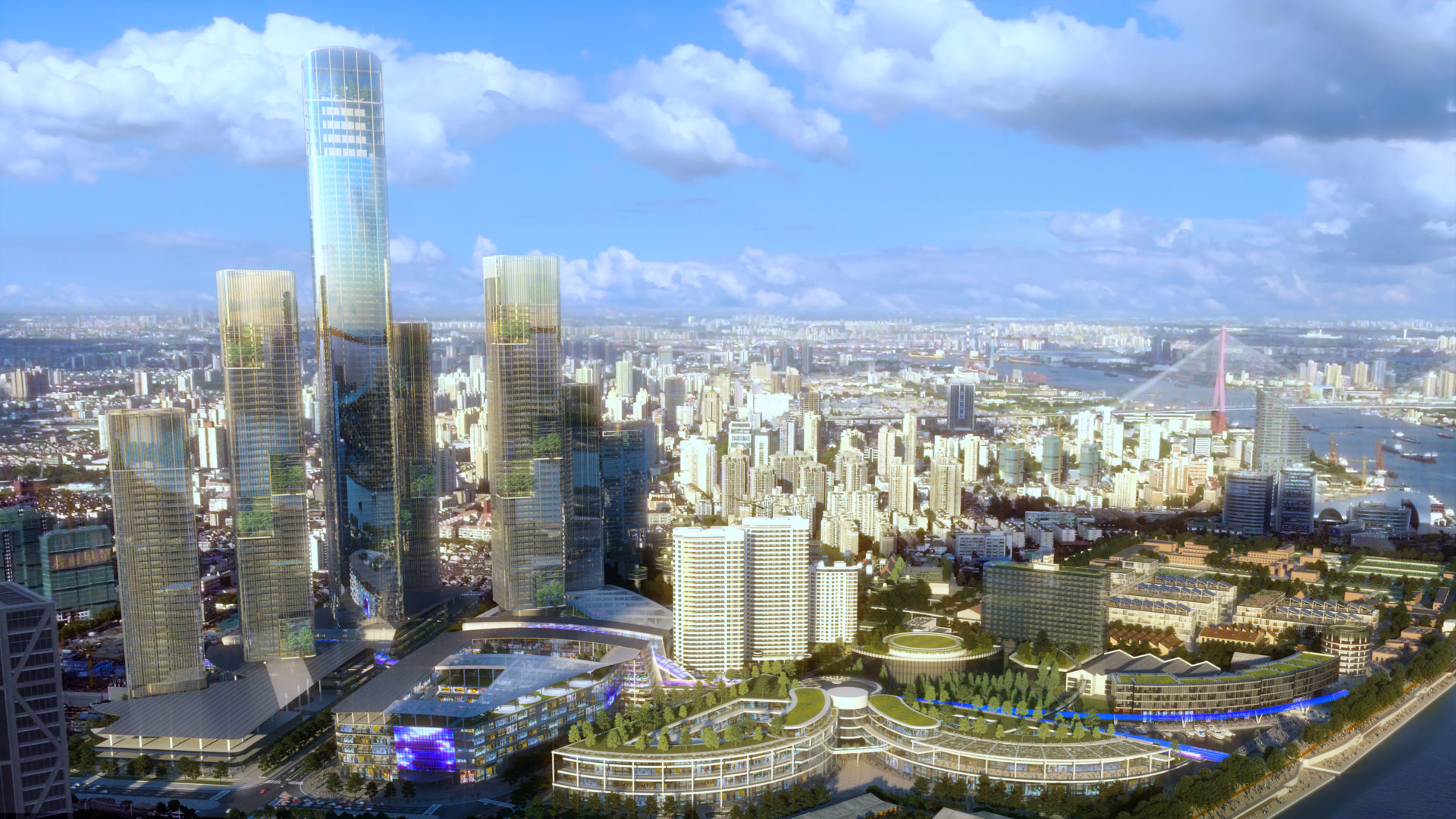 The hard work paid off. Instead of a linear walkthrough, Neoscape has created an abstract visual story. Viewers teleport around the development, taking in new sights that have been augmented by timelapses, animations and video footage that depicts residents and visitors engaging with all aspects of the area – commercial, residential and public. As cars cruise and buildings shimmer, that “vital and vibrant” look its creators hoped for quickly takes form.

Today, the film is running high up in the air in Yangpu Ba Dai Tou’s marketing center in 4K stereoscopic 3D. Ironically, Cristerna is the only Neoscape team member that’s seen it on location.

“When we wrapped, I hand delivered the film to Jack Portman in person, and since his client was there, we had a private screening. After the lights came on, one thing was clear: Jack was happy, his client was happy, and so were we. It was a good feeling.”

Established in 1995 as a visualization firm, Neoscape has evolved into a full service creative consultancy with studios in Boston, New York, and San Francisco. Over the years, our team of passionate and curious problem solvers has created integrated visual campaigns for some of the biggest companies in commercial and residential real estate and design. Our objective is to create immersive storytelling experiences for our clients that spark understanding, kindle vision, and ignite buy-in.