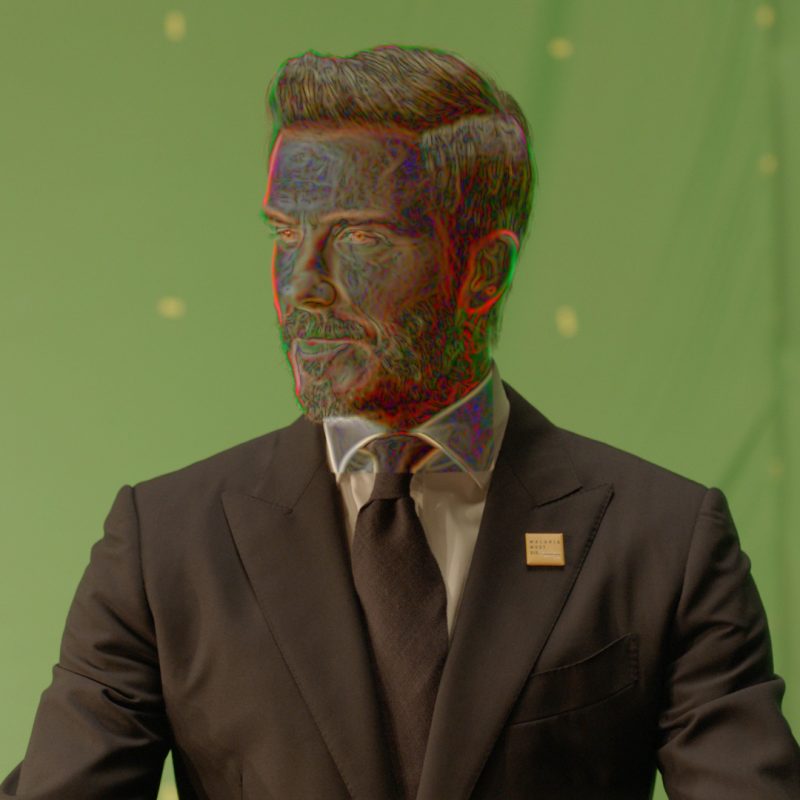 With A.I. techniques, artists put the soccer great in a short created by Ridley Scott Creative Group about putting an end to malaria.

Thanks to cutting-edge digital trickery, David Beckham, 45, appears as his future self in his 70s, in a new short titled “Malaria Must Die — So Millions can Live.”

The digital Beckham was created by VFX house Digital Domain, whose pioneering work in digital humans, including aging and de-aging, won an Oscar for The Curious Case of Benjamin Button and more recently was tapped to contribute its latest techniques to Avengers: Infinity War and Avengers: End Game.

The new short PSA was created by Ridley Scott Creative Group and Scott’s RSA Films Amsterdam. It begins in the future with an aged Beckham delivering a speech on the day malaria has finally been defeated. As he speaks, he returns to his present-day self and make a plea for a malaria-free future.