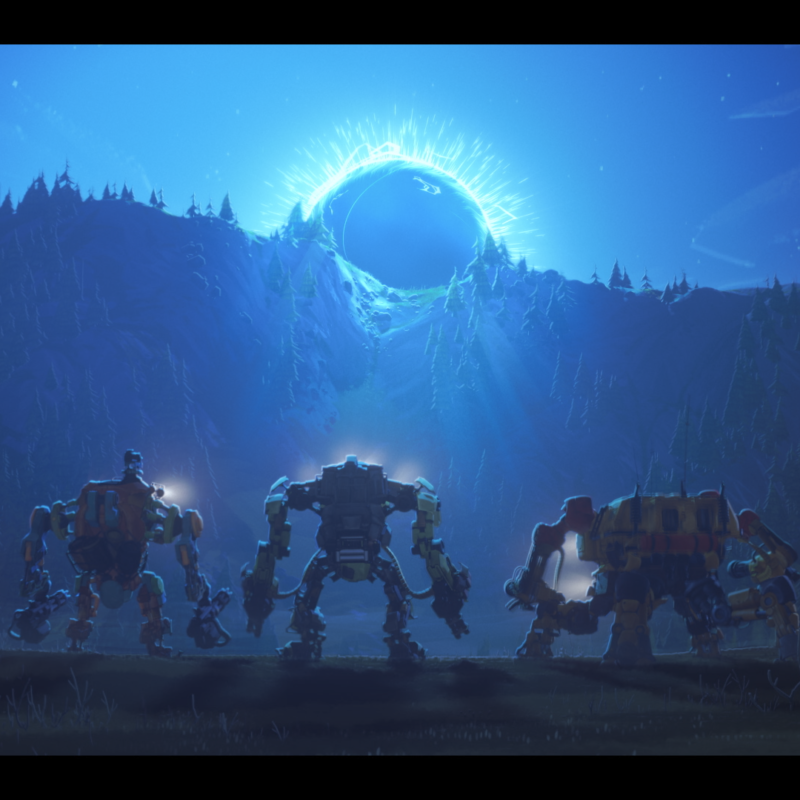 There have always been blips of mature content on the animation spectrum, but never anything like Love, Death & Robots. Released last weekend, this new anthology kicks open the doors for adult-oriented content in the medium, giving a generation of fans raised on Liquid Television a way to explore the many sides of human nature in the most visceral way possible.

The brainchild of Tim Miller and David Fincher, Love, Death & Robots weaves the provocative world of ‘70s comic books into 18 short stories that run the gamut from sci-fi to horror. In this world, viewers go from “sentient dairy products” to “werewolf soldiers” pretty quick, which inspired Miller’s Blur Studio to call on friends and rivals to bring in a little stylistic diversity.

“When we put out the call to the other studios, people went wild,” said Jerome ‘Jed’ Denjean, Head of CG at Blur and VFX Supervisor for Love, Death & Robots. “We’ve been competing against some of these companies for years and admire them greatly. It was thrilling to bring everyone together and let them apply their unique visions to these shorts. It was here where all the creative freedom really paid off.”

Blur not only led the project, they contributed three shorts of their own. Seeing this as a chance to flex their creative muscles, Blur built on the hyper-realistic game cinematic style they are known for, and expanded into a more hand-painted, 2D-esque version of 3D. Behind every experiment was V-Ray, the Academy Award-winning renderer that’s been guiding Blur’s pipeline since 2009.

“V-Ray is so versatile and dependable that we couldn’t imagine not using it on these shorts, which is pretty amazing when you see how different they all look,” said Denjean. “We’ve always thought that animation audiences deserved more mature storylines, and now we’re finally at a place where we have the freedom and technology to give them what they want.” 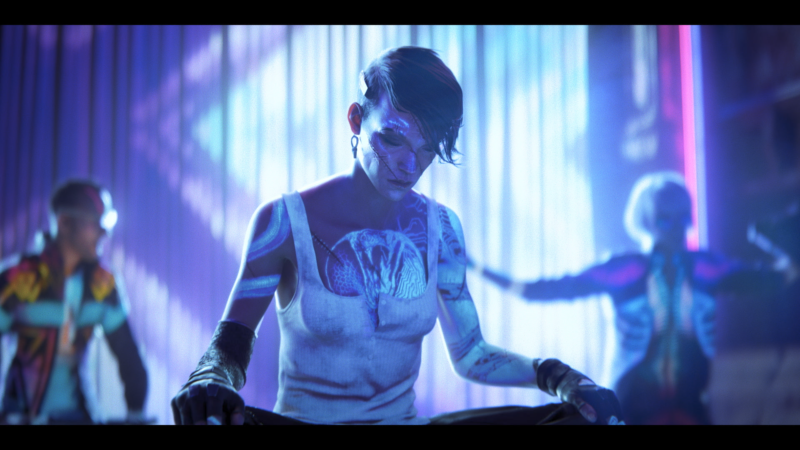 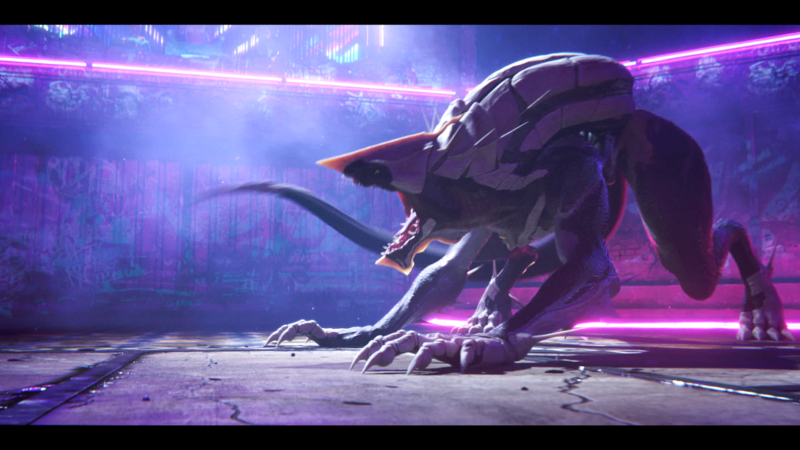 Blur’s first short is the first point of contact viewers have with Love, Death & Robots. A cyberpunk’s delight, Sonnie’s Edge represents a bleak, futuristic version of London teeming with violence and grime. Our heroine is a fighter in the “beastie” world, where people telepathically tap into the body of a vicious creature to do battle with another.

Director Dave Wilson wanted to create a rich, neon-colored culture that would balance the tone of the short and the rundown structures it takes place in. Here, cinematic digital humans would mix with their surroundings in a highly stylized, photorealistic way. To achieve this, the artists applied V-Ray to nearly every part of the creative process, from look dev and compositing to the final animated frames.

“V-Ray helped us add depth and atmosphere into sequences at speeds we’d only dreamt of before; not to mention, gave us full control over all the unique lighting in our scenes,” said Chris Bedrosian, CG Supervisor on Sonnie’s Edge. “During the animation phase, V-Ray’s progressive renderer provided rapid feedback that our animators then used to see how the animation would work within the scene’s anticipated lighting. It was really helpful.”

Progressive rendering and careful collaboration between the lighting and animation departments proved important, as it allowed the team to visualize performances long before wholesale rendering began, with a level of fidelity that went far beyond the traditional playblast. These quick and detailed progressive renders also afforded the lighting team an opportunity to anticipate and respond to character lighting challenges well before they were under the pressure of looming deadlines, ensuring that much of the show was ‘lit’ and rendered before the full lighting/compositing teams went to work. 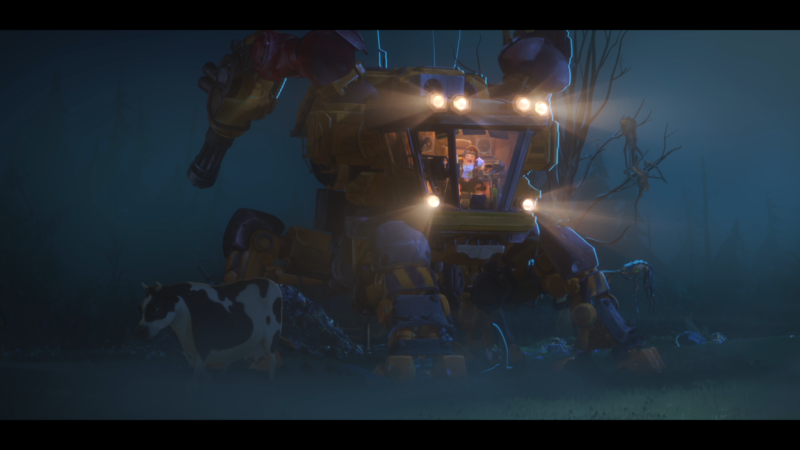 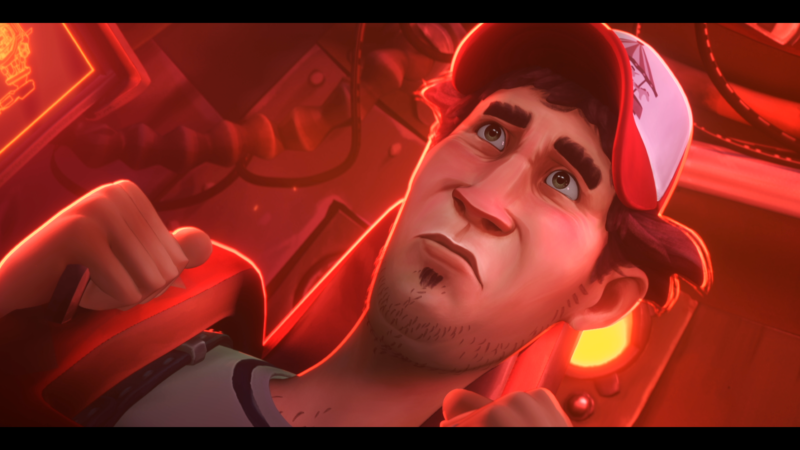 Suits, on the other hand, provided a different challenge as it was a completely new style for Blur.

“Suits is filled with a lot of hand-painted textures and a language that’s closer to 2D,” said Denjean. “Tim always wanted us to try our hands on something lighter than what our clients usually ask for, so this was a great opportunity to widen our range and learn some new techniques.”

But as Blur went to work portraying the story of a community of farmers going to battle with aliens using homemade mechs, they ran into a challenge. “Chasing a non-photoreal illustrated look is harder than it seems, since you have to break the reality of lights,” said Gabe Askew, Scene Assembly Lead on Suits. “For example, we wanted rim lights to stay consistent in both placement and size without getting shadowed by another object. We relied on V-Ray’s render elements support again to do this. Things like normals passes, Cryptomattes, extra tex passes, etc. all went into building a stylized look, which gave our compositors the controls illustrators dream of.” 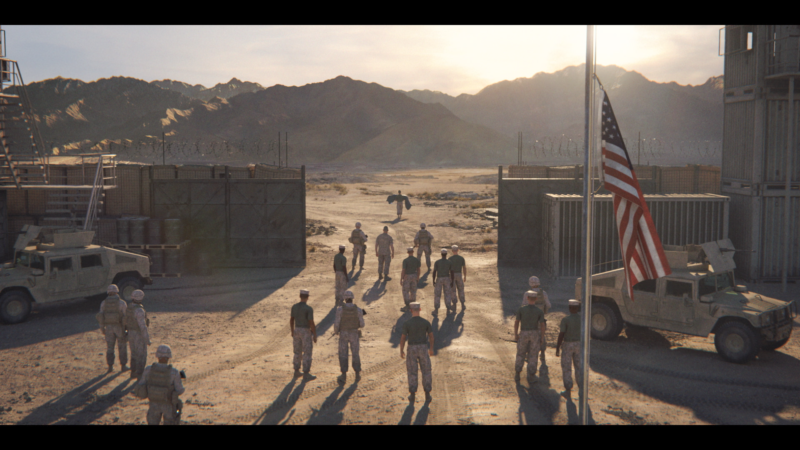 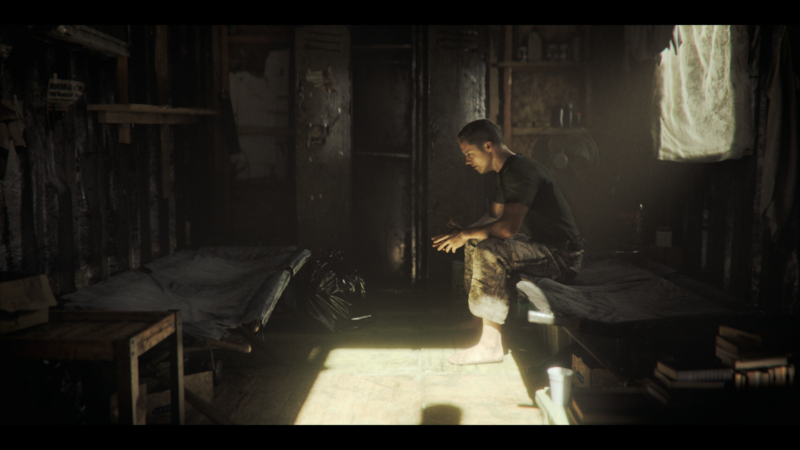 Of all the creature effects Blur submitted to Love, Death & Robots, Shape-Shifters’ werewolf Marines might be the most impressive. Like most werewolf stories, Shape-Shifters incorporates a human and wolf angle, with both states being portrayed in full 3D.

“The goal was to be as photorealistic as possible. Since everything was in 3D, we also knew that photorealism had to extend across the entire frame, so we built as much detail into our environments as possible,” said Darren Butler, CG Supervisor on Shape-Shifters.

With V-Ray Proxies, the team could throw billions of polygons into a scene to attain layer after layer of geometric detail. The Military Bunker scene alone had over 150 proxies, ranging from a chain link fence to trees and pebbles. “No details were spared and V-Ray shredded through those scenes at calculation time,” said Butler. “V-Ray Volume Grids gave us the flexibility and ease of rendering the atmospherics in the shots with accurate shadowing, lighting and camera blur. Once we defined the look for one or two shots, we simply dropped them into the scene and hit render with great results, and little to no tweaking per shot.”

As the story builds, a werewolf dies, leading the hero to engage in a revenge quest against an enemy (werewolf) combatant. This culminates in Blur’s bloodiest Love, Death & Robots moment, as the full power of their pipeline helps the photoreal flesh and fur fly.

To celebrate the release of Love, Death & Robots, Chaos Group’s CG Garage has recorded a special episode with Jerome Denjean, covering everything from his own creative history to how the project came together. A future podcast with Tim Miller is also in the works. Jed’s podcast is available now.