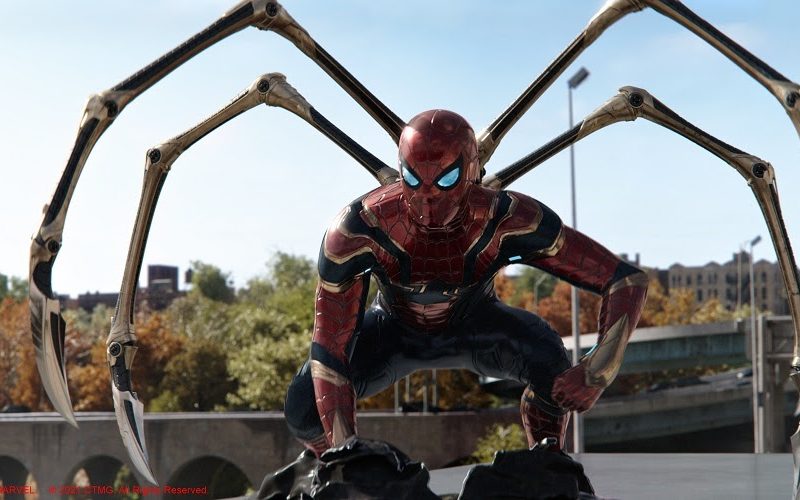 Nominations Focus on Visual Effects for ‘Free Guy’ and ‘Spider-Man: No Way Home’; This Marks 11 Major, Global Nominations This Season

Legendary visual effects studio Digital Domain today confirms that it has received two Academy Award nominations in the category of “Best Visual Effects” for the upcoming 94th annual Academy Awards. The nominations from the Academy of Motion Pictures Arts and Science highlight Digital Domain’s work on both 20th Century Fox’s Free Guy, and Sony Pictures and Marvel Studios’ Spider-Man: No Way Home. The winners will be announced on Sunday, March 24.

“To be nominated for an Academy Award is the dream of everyone in the film industry, and to be nominated twice in the same year is a testament to the hard work and dedication of every Digital Domain employee,” said John Fragmoeni, global president of Digital Domain. “For nearly three decades we’ve offered our clients exceptional work, and for multiple projects to be recognized at the Oscars is the reward for that belief and commitment to quality. There is still much more to come.”

For its past efforts, Digital Domain has been honored with 11 Academy Award wins, including three for Best Visual Effects, and eight for “Scientific and Technical Achievement.”

For its work on Free Guy, Digital Domain helped create the virtual playground of Free City, while also opening the film with a spectacular sequence that introduced audiences to a world that seamlessly blended live action with wild, over-the-top action straight out of a video game. The VFX team’s work also included a memorable chase through an ever-shifting construction site, and the first feature film use of Digital Domain’s proprietary face-swapping tool, Charlatan.

For Spider-Man: No Way Home, Digital Domain helped remake Doc Ock for a new audience, while simultaneously recreating 2.5 square miles of New York City, including people, vehicles, weather and more. Artists for Digital Domain also helped stage a memorable fight in an apartment building featuring some of Spider-Man’s most deadly foes, along with several other additions.

The honorees named in each Academy Award nomination are:

Along with its success in feature and episodic VFX, Digital Domain has continued to live up to its goal of bringing high quality VFX to any screen. While its industry-leading Digital Human Group is helping to pioneer new autonomous and digital humans, its Advertising/Games and New Media groups have also received several prestigious awards, including multiple Clios, Annies and a recent Gold Telly to compliment two silvers. Digital Domain has also received a Cannes Lion, Grammy, AICP Award and more.

The winners of the 94th annual Academy Awards will be announced live from the Dolby Theater in Hollywood on Sunday, March 24. Live broadcast coverage of the ceremony will begin on ABC at 5 p.m. PT.

A complete list of the 94th Academy Award Nominees can be found here.