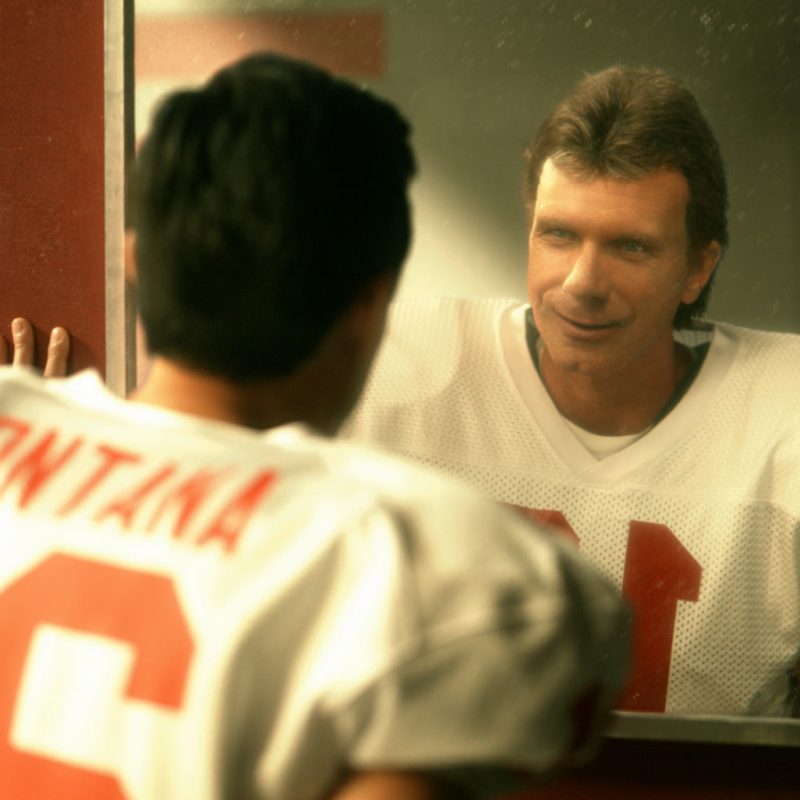 To Depict the Legendary Quarterback as he Appeared in the 80s, Digital Domain Utilized “Charlatan,” its Face-Swapping Platform Powered by Machine Learning

Nearly 30 years after leaving the air, the classic series Quantum Leap returns with an all-new cast, and all-new adventures. To help promote the return of the series, NBCUniversal commissioned several original trailers highlighting the time travel/body-swapping nature of the story, including one that features Hall of Fame quarterback and 80s icon Joe Montana in his prime. To help de-age the legendary football star, Academy Award-winning VFX studio Digital Domain deployed its proprietary tool “Charlatan,” one of the most advanced visual effects systems on the planet.

“One of Digital Domain’s most powerful advantages is that our technology can be deployed across multiple industries, regardless of the size of the screen or method of distribution,” said Matt Dougan, Digital Domain VFX supervisor for the project. “For Quantum Leap, we were able to utilize the same tools – even the same talented artists – from our features and episodics groups, to create the most impressive results for any platform quickly.”

The spot featuring Montana was created exclusively as a standalone teaser, and begins with the revival’s lead, Raymond Lee, heading toward a football field in San Francisco 1984. Lee then looks into a mirror and is thrilled to see Montana – as he looked in the 1980s – staring back at him. To depict Montana in his heyday, Digital Domain worked with the production company Moving Parts and the spot’s director Steven Wagner to cast an actor with a roughly similar facial structure to the NFL superstar. They then used a classic visual trick, one that fans of the original series will be familiar with, where Lee and Montana’s stand-in mimicked each other from opposite sides of an open frame. To further enhance that effect, Digital Domain added a layer of dirt and grime in post-production to break up the illusion and further sell the effect of a real mirror.

With the foundation of the scene set, Digital Domain and the director headed to San Francisco to meet with Montana and film him making the same facial mannerisms and movements as his stand-in. The VFX team went on to capture several reference photographs that enabled a photogrammetric reconstruction of his head, which Digital Domain then used for both head tracking and 2.5D projections. 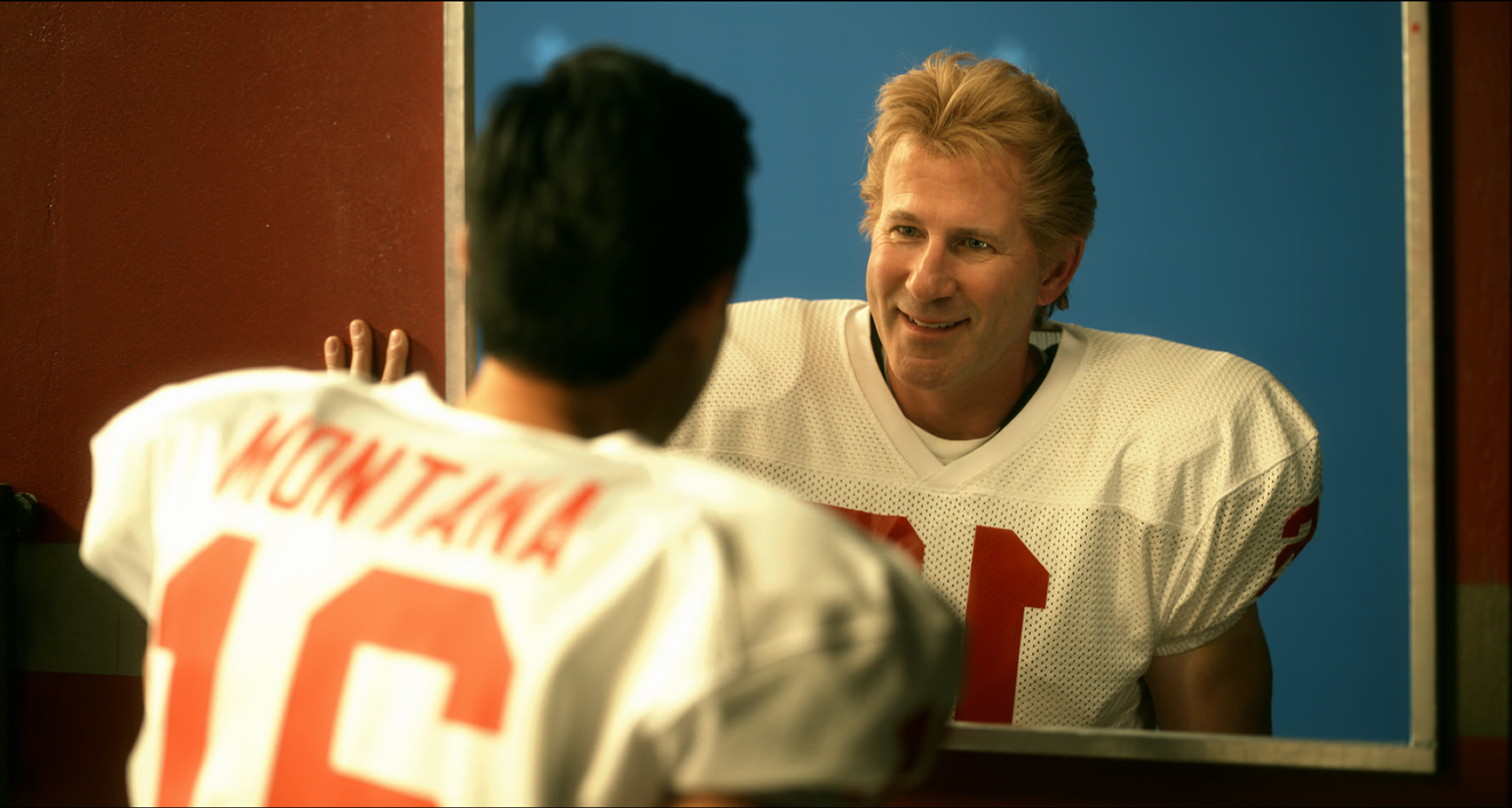 Once the live-action footage had been collected, artists began sifting through hours of archival footage of Montana recorded between 1984 and 1990. That included video from multiple sources, including old interviews, advertisements, game footage and the recent Peacock original docuseries, Joe Montana: Cool Under Pressure. Rather than attempting to create a CG head of Montana – a costly, lengthy and difficult process that wouldn’t have been possible under the given schedule – all of the data, including the live-action footage and the digital frames, was then run through Charlatan.

Developed internally, Charlatan was created to give artists a new way to approach complex, photorealistic VFX face work, and produce the highest-quality results quickly and efficiently while simultaneously using less resources. For the Quantum Leap trailer, artists began by creating a machine learning model in Charlatan to construct a digital version of Montana’s face as he looks today, down to the pores in his skin. Charlatan then placed the reconstruction over the live-action footage of the stand-in, and began the de-aging process while ensuring the new face seamlessly integrated with the existing footage. Artists then made additional alterations, including recreating the hair, and traditional compositing techniques were employed to the finished work.

“Having access to Charlatan means that we can do things that simply couldn’t have been done before – at least not at this speed or level of quality,” said Matt Smith, Charlatan Department Supervisor for Digital Domain. “It still requires a roster of incredibly talented artists to pull off something like de-aging Joe Montana, but Charlatan gives creatives options that just didn’t exist a few years ago.”

Quantum Leap airs on Mondays 10/9c on NBC, and streams the next day on Peacock.

A creative force in visual effects and premium content, Digital Domain have brought artistry and technology to films including Titanic, The Curious Case of Benjamin Button and blockbusters Ready Player One, Avengers: Infinity War and Avengers: Endgame. Staff artists have won more than 100 major awards, including Academy Awards, Clios, BAFTAs and Cannes Lions.