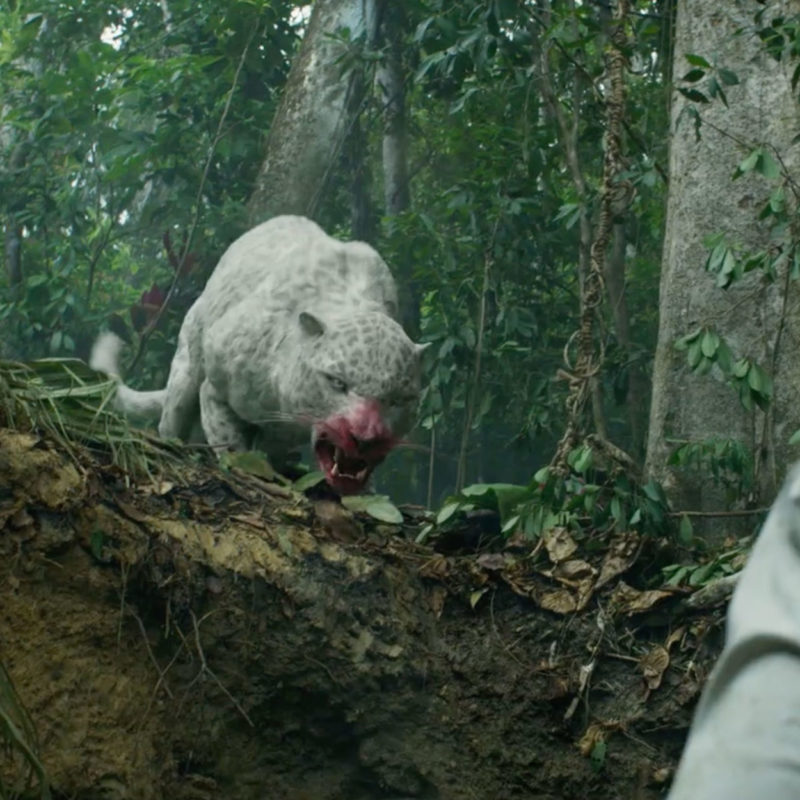 In Primal, death lurks around every corner. An assassin is on the loose and vicious animals are too, putting an entire ship on the defensive as an apex predator stalks its halls. To help create this CG killing machine, VFX studio Tau Films turned to Ziva VFX, bringing the power of physics-based simulations to an ambitious indie project.

Primal begins in the jungle, where a trapper (Nicolas Cage) is on the hunt for a rare white jaguar. After a near-fatal battle with the cat, his plans for a peaceful trip home are shattered when a political assassin (Kevin Durand) escapes and releases the dozens of animals Cage has brought on board. Chaos ensues, leaving Cage on the open sea fighting his fellow man and the deadly animals now closing in.

“We needed the audience to feel as threatened by the animals as they were by the political assassin, so the CG work had to be on point; if they didn’t feel the realism of the jaguar’s presence in that opening scene, everything else in the film would fall apart,” said Walt Jones, VFX supervisor for Tau Films.

The first step was to determine the physical stature of the cat – too small and it wouldn’t present enough of a threat, too big and it risked looking too outlandish for audiences to accept. Tau Films already knew what Ziva VFX could do after its work on Crazy Alien. Unlike an alien, though, this asset had to be completely grounded in reality, which meant aligning the structure of the cat to secondary dynamics.

Tau Films began by using the Ziva Anatomy Transfer tool to create its base model, kickstarting the process before the team started on look development. Tau Films then designed two separate versions of the jaguar – one regular, another blood-stained – to give them more flexibility during the fight scenes. As art direction evolved, the jaguars could be adjusted quickly, bringing subtle variations to the shots as the quadruped moved from treetop to cargo ship.

The next step was getting the jaguar to move realistically. Naturally primed for dense rain forests, jaguars are both muscular and graceful, able to run, jump and climb with ease. Since Ziva VFX is physically based, Tau Films could naturally simulate the way muscles, skin and fat interact with each other as the animal moves, often automating the process for artists. As they worked, automated muscle excitation was applied directly into the model, providing each scene with the powerful deformations and dynamics that sell the performance. 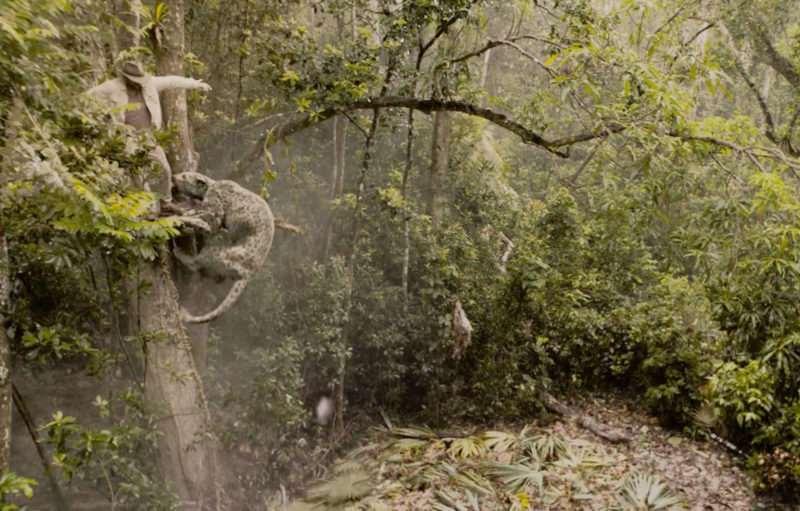 Ziva automation ultimately proved important, as the team was tasked with more than just the jaguar, including spider monkeys and tapirs. A multi-character pipeline was developed and spread over the studio’s five locations, with automated stages built in to reduce manual labor. With increased compute requirements, Tau wanted to enable automation wherever possible, since it would not only buy more time for creative iterations, but allow a small team to turn out more shots.

“There was no way any other commercial solution was going to achieve anything close to what was required for this film,” said Jones. “We were able to simulate across locations, fully synced. All while crafting animals that could blend seamlessly into the world of the film. It was pretty exciting.”

The Ziva method helped Tau Films break away from their previous tactic, which saw the studio utilizing conventional cloth-based skin simulation methods that required a lot of manual labor and multiple iterations per shot. “With Ziva, we were not only able to save a lot of production time and effort, but we were able to see more lifelike dynamics throughout character motion,” said Rigging Supervisor Bharat Sabharwal. “We are quite happy with the skin movement, volume preservation and secondary jiggle deformations Ziva provides.”

Tau Films’ work represents a growing trend of CG animals coming to smaller productions. As technology develops, the process of creating realistic assets for film and episodic is becoming more accessible, opening the door for storytellers to include animals in ways that used to require exorbitant budgets and massive VFX teams.

“We knew from the start that this would be a tall order,” said Jones. “It had to look like we’d somehow managed to wrangle a real white jaguar in front of the camera, and we had to do it at high quality, on an incredibly tight indie budget. Thanks to Ziva, we hit our marks, creating some of our most compelling designs yet.”

Primal is screening now in the United States and on VOD, with additional European releases planned for early 2020.