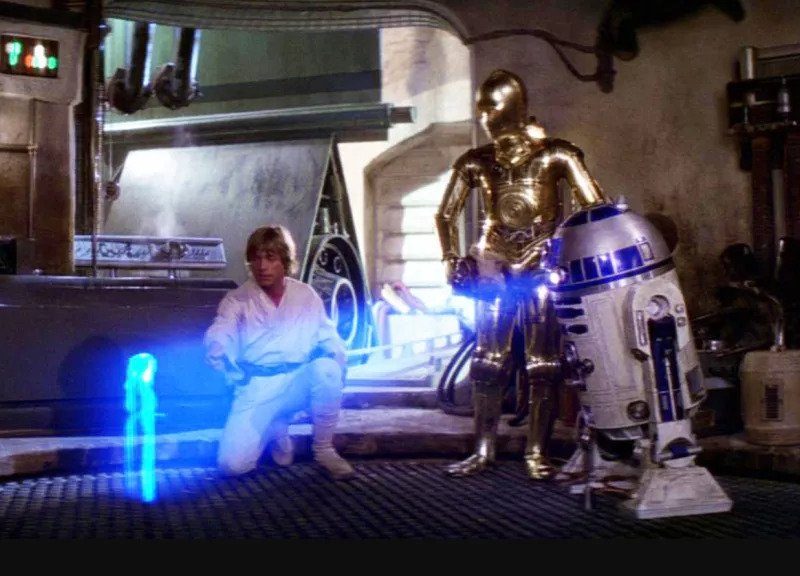 This Star Wars hologram made history, and you can get one for free

Happy Star Wars Day! This year, May the fourth is rather special, as this month marks 45 years since cinema-goers were introduced to the concept of holograms – thanks to a lowly moisture farmer in a galaxy far, far away. Rather than heading off to the Tosche Station to pick up some power converters, young Luke Skywalker became the recipient of eight words that changed his world – and ours right along with it.

Although Star Wars didn’t invent holograms, Star Wars: A New Hope educated the public on what holograms were, and more importantly, what they could be. Like flying cars and hoverboards, audiences accepted that it was an inevitable technology. It’s been a few years since the rebellion landed on Luke’s doorstep, but the image of a 3D Princess Leia made an indelible mark on the public.