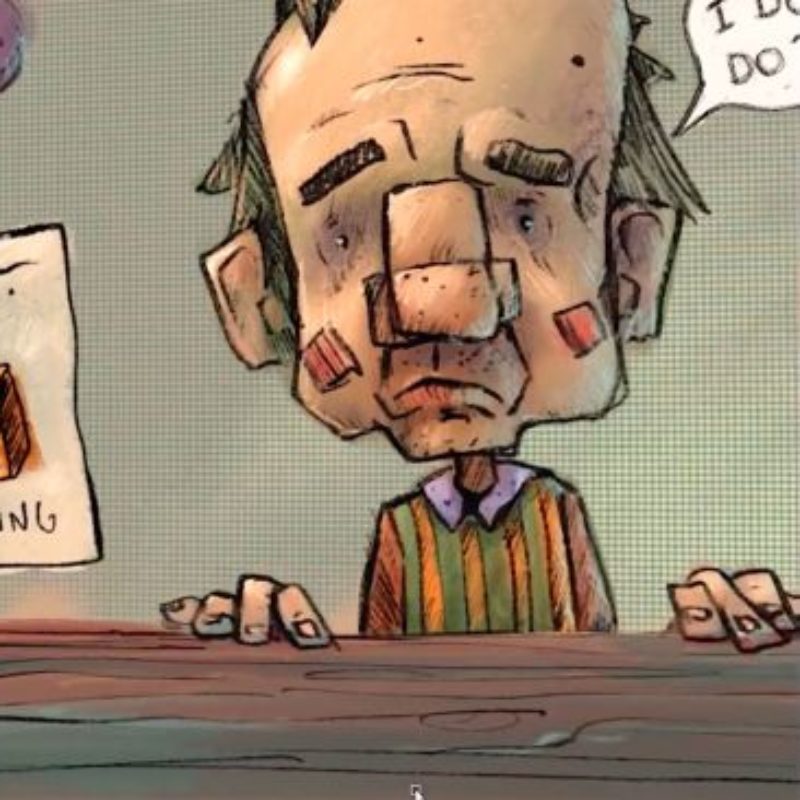 PSD to 3D, the latest plugin released by e.d. films, aims to bypass the 3D modelling phase of production and help artists with little to no 3D experience turn their Photoshop CC sketches into mouldable, animation-ready scenes and characters.

“An illustrated look is hard to replicate in 3D, even if you know the software,” says Daniel Gies, art and tech director at e.d. films. “With PSD to 3D, every line and brush stroke is passed onto the 3D meshes, so artists can bring a unique look to their animations.”

The tool was produced in-house at e.d. films’ Montreal studio, an establishment that has actively avoided fully 3D productions and characters in favour of capturing an illustrative, handmade style. “As our projects became more ambitious, we found that After Effects could no longer support the style we were doing without slowing us down,” Gies continues.

As the studio began incorporating Maya and game engine technology into their work, they had to resist the urge to fully embrace 3D, doing so would increase their workload and necessitate a higher level of expertise than they had. “We found that, in many cases, it was faster just to paint a new 2D asset, bring it into Maya and deform it a little, than it was to make a fully 3D prop,” adds Gies.