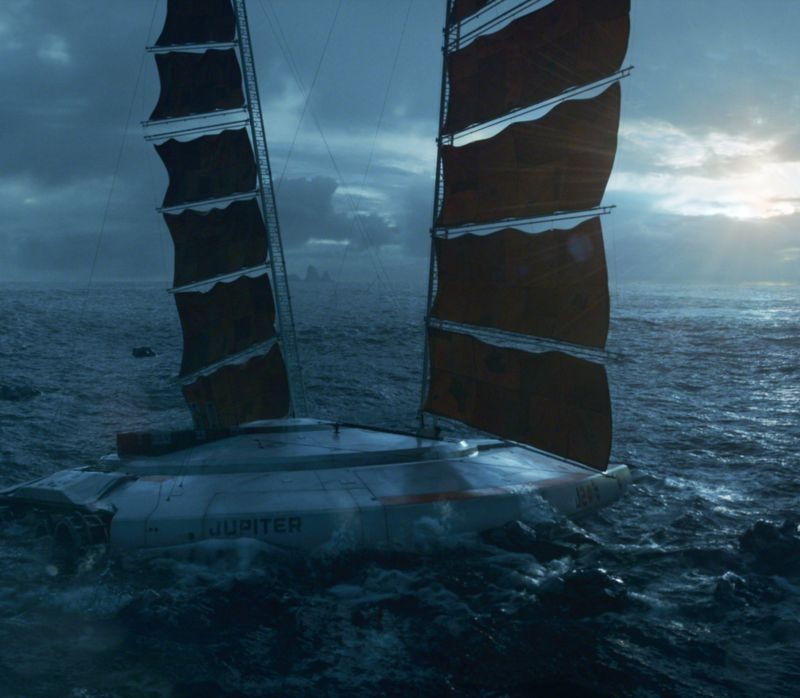 Led by VFX supervisor Aladino Debert, the Academy Award-winning studio worked on around 160 shots over episodes 201, 208 and 209; work began in January 2019, with stepped shot delivery concluding this past September. The majority of the work involved the sequence in episode 201, “Shipwrecked,” where the crew of the Jupiter jury-rigged their spaceship into a sail ship while battling a nasty storm; work on episodes 208 and 209 consisted mainly of creating robots, both the character named “Scarecrow” and Will’s friendly robot.

On episode 201’s sail ship transformation, the biggest challenge for Debert was creating believable stormy seas. “Without question, water is one of the most complex effects to achieve realistically,” he explains. “It just doesn’t scale well. You can see that clearly in older movies that used water tanks shot in slow motion. They haven’t aged well. Water in a natural setting is such a familiar sight to so many people, that most audiences have become very good at spotting fake water.”

“Thankfully, we had experience creating water effects in the past,” he continues. “Digital Domain was involved with creating sequences for both Black Sails (along with Lost in Space VFX producer Terron Pratt) and Outlander (including a sequence that involved a ship crossing the sea during a storm). So, we knew what we were getting into. The challenge comes with us always wanting to up the ante and make it even more realistic and engaging.”